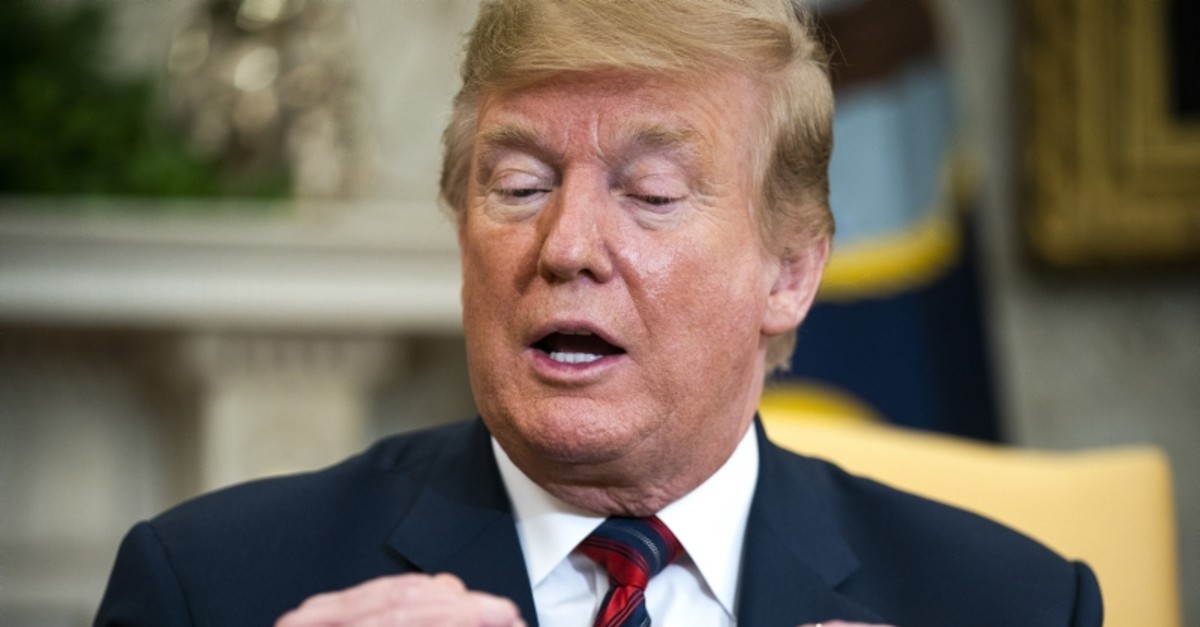 "Due to the fact that Democrats are unwilling to change our very dangerous immigration laws, we are indeed, as reported, giving strong considerations to placing Illegal Immigrants in Sanctuary Cities only," Trump wrote on Twitter.

Critics of the plan branded it as an effort to use migrants as pawns to go after political opponents.

The idea of pressing immigration authorities to embrace the plan was discussed in November and then again in February as the Trump administration struggled with a surge of migrants at the border, according to the people, who spoke on condition of anonymity to outline private conversations. Department of Homeland Security lawyers quickly rejected the proposal, according to the people, and it was dropped.

So-called sanctuary cities are places where local authorities do not cooperate with Immigration and Customs Enforcement officials, denying information or resources that would help ICE round up people living in the country illegally.

They include New York City and House Speaker Nancy Pelosi's San Francisco, who on Friday called the idea "unworthy of the presidency of the United States and disrespectful of the challenges that we face as a country, as a people, to address who we are — a nation of immigrants."

The plan, which was first reported by the Washington Post, is one of many ideas considered by an increasingly frustrated White House in recent months as President Donald Trump has railed against the growing number of Central American migrant families crossing the southern border. Officials say they are running out of options, and have proposed and recycled numerous ideas that have never come to fruition. Trump in recent weeks has discussed the idea of renewing his administration's controversial family separation policy. And he and aides are weighing forcing asylum-seeking families to choose between being detained together as their cases make their way through the courts or sending their children to government-run shelters.

There were at least two versions of the sanctuary city plan that were considered, according to one of the people familiar with the effort. One would have moved people who had already been detailed and were being held elsewhere to places with Democratic opponents of the president, while the other would have transported migrants apprehended at the border directly to San Francisco, New York City, Chicago and other spots.

Revelation of the idea drew immediate condemnation on Friday from Pelosi and other Democrats.

The No. 2 House Democrat, Steny Hoyer of Maryland, criticized the idea of using ICE or any other federal agency "to penalize" or "for political reasons."

"That's not the act of a democratic government," he said.

And Rep. Bennie Thompson, D- Mississippi, who chairs the House Homeland Security committee, said: "The fact that this idea was even considered - not once but twice - serves as a reminder that the Trump Administration's reckless immigration agenda is not about keeping the country safe, but about partisan politics and wantonly inflicting cruelty. "

A Homeland Security spokesperson played down the reported idea, saying it was "floated and rejected, which ended any further discussion." A White House official echoed that language.

Former ICE Deputy Director Matt Albence, who on Friday was announced as the agency's acting director, denied that the White House pressured immigration officials to implement the idea.

"I was asked my opinion and provided it, and my advice was heeded," he said in a statement.

The Department of Health and Human Services said this week that it had started scouting vacant properties that could be turned into facilities for holding migrant children in several cities, including Atlanta, Dallas, Houston, Phoenix, and San Antonio.

Those facilities would be licensed by each state and likely take several months to be approved and opened, separating them from the rapidly-expanding emergency shelter at Homestead, Florida, and the now-closed tent facility at Tornillo, Texas.

The Defense Department has also been reviewing a number of military bases to find a location that can house up to 5,000 unaccompanied migrant children as the U.S. braces for a surge of people crossing the U.S.-Mexico border this spring. Health and Human Services submitted the request for space last month, as Homeland Security leaders warned that tens of thousands of families were crossing the border each month. HHS has traditionally been responsible for providing temporary shelter to unaccompanied migrant children crossing the border.

ICE is tasked with arresting people living in the country illegally — including some who have been here for decades. Under the Trump administration, ICE has significantly stepped up arrests, including of people who have no U.S. criminal records.

In response, some cities have banished ICE from jails where agents could easily pick up immigration violators. Police in New York, Baltimore and Seattle rarely, if ever, disclose information about when suspected criminals in the U.S. illegally will be released from custody.

During his tenure at the Justice Department, Trump's former Attorney General Jeff Sessions went after sanctuary cities, threatening to cut off their federal funding.

ICE arrested 32,977 people accused of crimes and 20,464 for immigration violations during the budget year 2018. There were 105,140 arrests of people with criminal convictions and 158,581 arrests overall. The most frequent criminal conviction was for drunken driving, followed by drug and traffic offenses.

By comparison, in the last budget year of the Obama administration, there were 94,751 people arrested with convictions, 6,267 arrests of those with pending charges and 9,086 on immigration violations. There were 111,104 arrests overall.