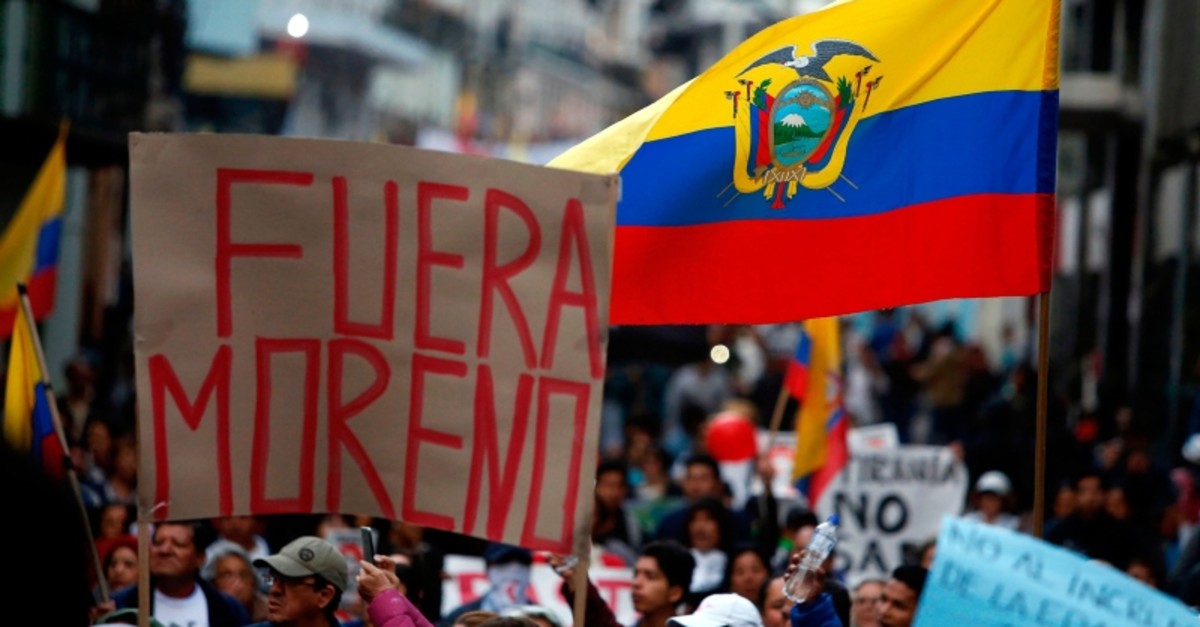 Police attacked scores of people who flooded into the streets of Ecuador's capital Quito and vented their anger at the government's decision to hand WikiLeaks founder Julian Assange over to U.K. authorities.

During violent clashes near the Carondelet presidential palace, hundreds of pro-Assange protesters branded their president a "traitor" while being beaten by police or getting dispersed by tear gas, mounted police or police dogs.

Assange had enjoyed asylum since 2012 at the embassy in London but relations between Assange and Ecuadorian officials had grown increasingly tense. He was arrested and carried out of Ecuador's Embassy in London last Thursday after Ecuadorian President Lenin Moreno removed his diplomatic protection following seven years of self-imposed exile in the building. Moreno's government has accused Assange of creating conflict by meddling in international affairs, harassing staff and even smearing feces on the embassy's walls.

As well as overturning Assange's asylum status, Ecuador stripped him of the nationality he was given in 2017 under the government of Moreno's predecessor Rafael Correa. Correa criticized what he considers a "double standard" by Western media and governments who he said have been quick to condemn Julian Assange for publishing sensitive information about U.S. national security interests.

Assange is in custody in London awaiting sentencing in Britain for skipping bail to avoid being sent to Sweden as part of an investigation into a rape allegation. The U.S. is also seeking his extradition after charging him with conspiring to break into a Pentagon computer system.