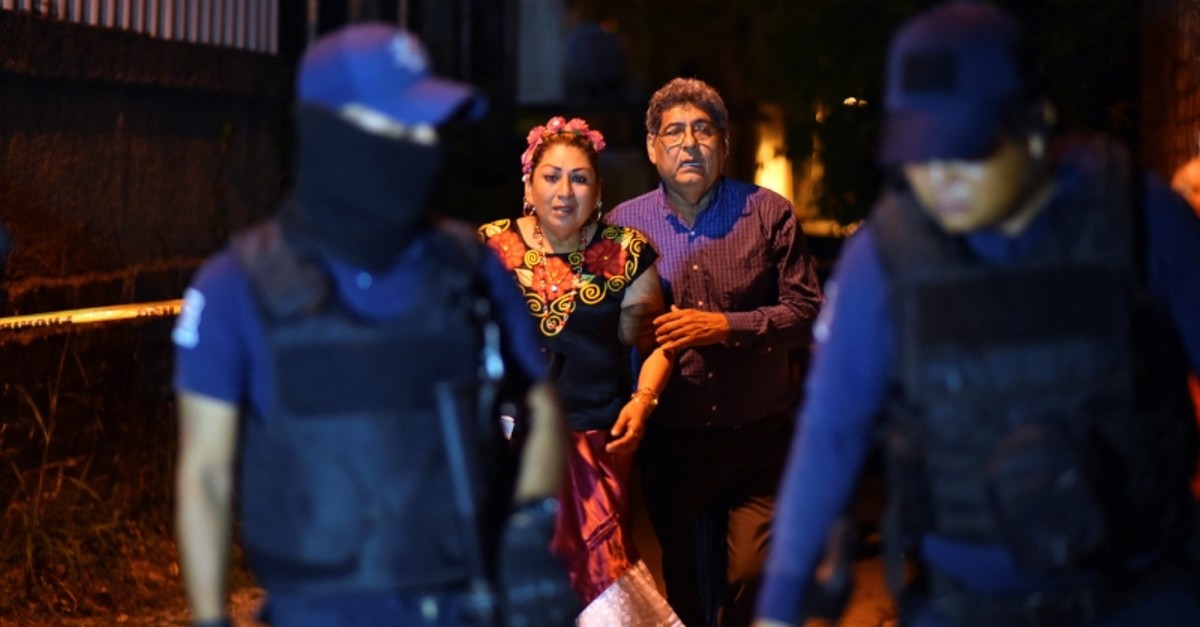 Thirteen people, including a child, were killed Friday when a group of unidentified gunmen opened fire on a party in the violence-wracked eastern Mexican state of Veracruz, officials said.

The Secretariat of Public Safety said the gunmen arrived at a family celebratoin in Minatitlan asking to see someone named "El Becky" -- the owner of a local bar -- before opening fire.

Seven men, five women and a child died in the shooting, which occurred close to Minatitlan's oil refinery, one of six run by state oil firm Petroleos Mexicanos (Pemex). Four other people were injured, the state government said.

The incident is one of the worst slayings to hit Mexico since President Andres Manuel Lopez Obrador took office.

Hugo Gutierrez, the head of public security in the state, said on Twitter that an operation had been launched to capture the people responsible for the killings.

The oil-rich state of Veracruz has been convulsed by gang violence and political corruption scandals for several years.

Lopez Obrador was due to visit Veracruz on Sunday, according to an official schedule published before the attack took place.

Survivors described how the gunmen forced their victims to look them in the face before shooting them.

"They told them to turn around to see them, to see them while they were killing them," said one women who asked not to be identified.

"I felt the gun at my head ... the guy pointed it at me but didn't shoot," she added, dressed a colorful traditional Mexican costume.

Another young woman, whose brother was murdered, said: "There were about six of them. Even if you had a baby in your arms, they still shot you."

More than a quarter of a million people have been killed since 2006 when the government of then-president Felipe Calderon launched a crackdown on drug traffickers.