In Venezuela, women sell hair as another way to get by 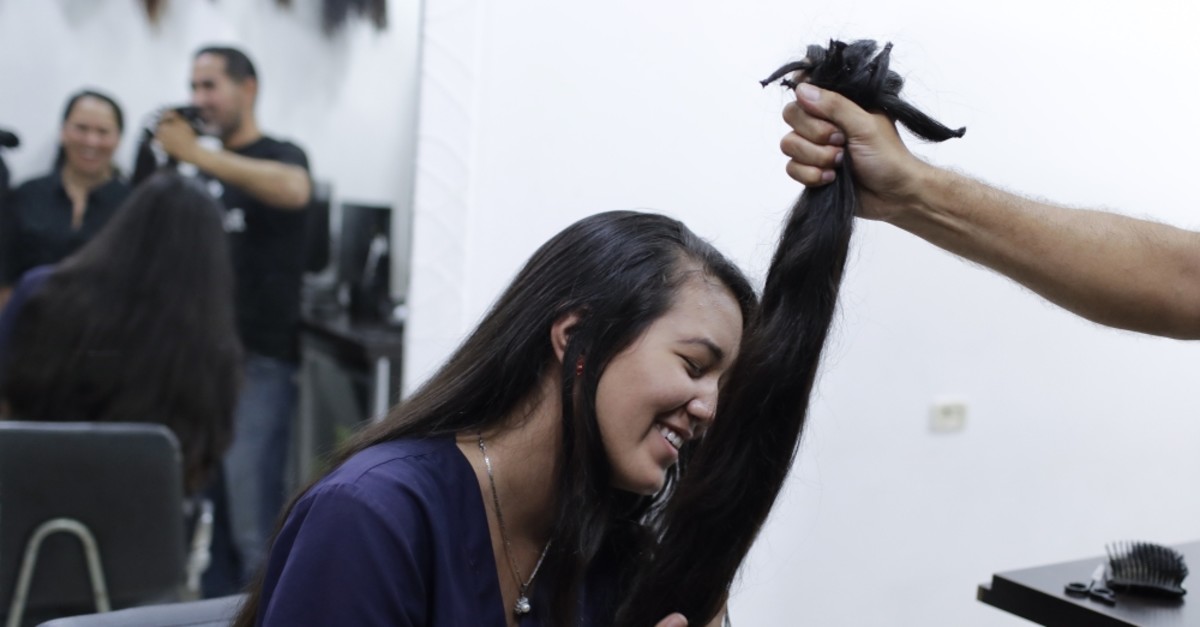 Valery Díaz covered her eyes and held her breath before looking in a hair salon mirror to see herself without much of the long dark hair that used to frame her face.

The 16-year-old student was paid $100 for the shorn hair, money she'll use to help her family and buy a cellphone at a time when Venezuela's sharp economic decline has led to shortages of food and medicine, and hyperinflation has made salaries nearly worthless.

Increasing numbers of women in poor neighborhoods are selling their hair for use in wigs and extensions as the demands of daily survival force them to abandon the kind of self-care long an obsession with a country known globally for its success in beauty pageants. Seven Miss Universe winners have been Venezuelans, as have six Miss Worlds.

Some women are washing their hair with dishwashing liquid because they can't afford to buy shampoo that costs more than the minimum monthly salary, now equivalent to just a few dollars. Many have to adapt to make personal care products last longer, with no sign of an end to a crisis that has pushed more than 3 million Venezuelans – one-tenth of the population – to leave the country in recent years.

Díaz gazed silently at the mirror and attempted a positive spin on the loss of locks that she had worn since she was a young child. She described herself as feeling "light" and said it had been hard to maintain her flowing hair in the past.

"There are times when you go two or three weeks without washing your hair," she said, alluding to frequent water shortages in past weeks, caused by nationwide blackouts that shut off water pumps.

Her mother, Yeny Gómez, laughed nervously and tried to buoy her daughter's spirits.

"You don't notice it," Gómez, a 43-year-old teacher, said of the drastic haircut.

Despite sacrificing her hair, Díaz said she still tries to buy cosmetics, using money she earns from making and selling bracelets.

But Gómez said she hasn't bought lipstick or any other cosmetics for more than a year because she's saving whatever money she earns to get food for her and her two daughters. Beauty care has become secondary for most Venezuelans, she said.

Carmen Merchani, a 49-year-old hairdresser, knows that well. After decades of cutting and styling hair, she said things have never been worse and she's had to adapt to maintain her salon on one of the steep hills of Catia, a Caracas district. About a year ago, Merchani said, she started to do barter deals with her clients, getting food in exchange for hair stylings, manicures and pedicures.

Local shops that sell beauty products are also reinventing themselves to stay afloat. International cosmetics brands have disappeared from storefronts, replaced by cheaper goods from China as well as locally made products that use honey and other ingredients.

Díaz said she still dreams of becoming a Miss Venezuela someday, when "my hair grows again."