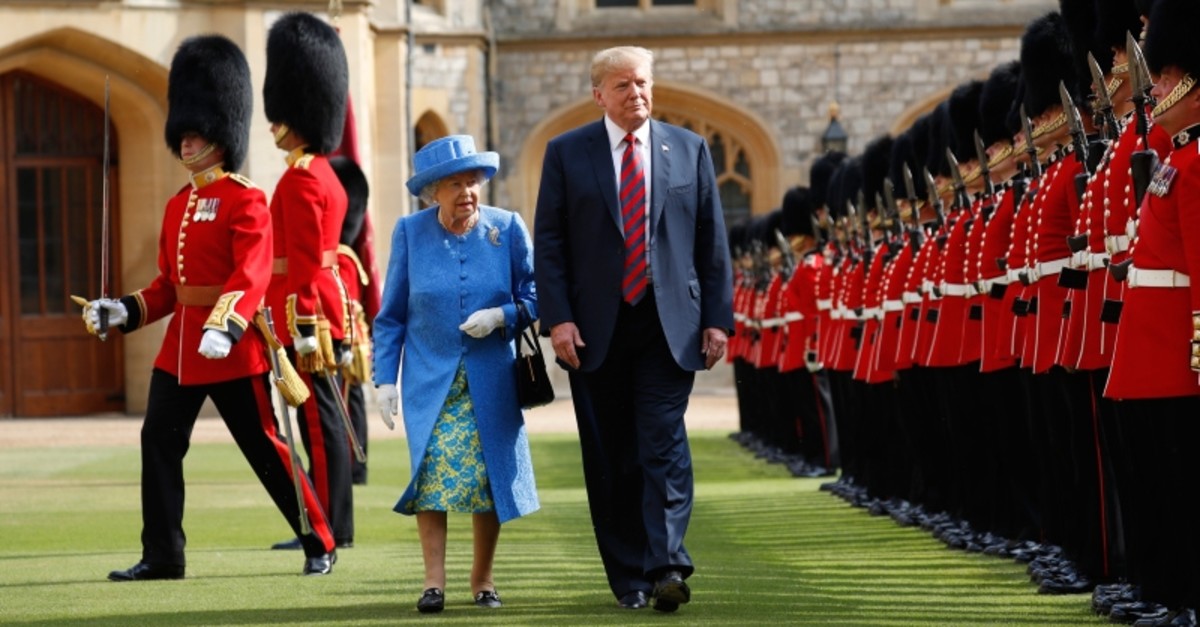 U.S. President Donald Trump will pay a three-day state visit to Britain as a guest of Queen Elizabeth II in June, Buckingham Palace announced Tuesday — more than two years after Britain extended him an invitation for a pomp-filled ceremonial stay.

The palace said Trump and his wife, Melania, had accepted an invitation from the queen for a visit that will take place June 3-5.

Though many other American presidents have visited the monarch, only two — George W. Bush and Barack Obama — were honored with a state visit, which typically features ceremonial greetings, a horse-drawn carriage ride and a banquet with the queen at Buckingham Palace.

It's rare for a state visit to be announced just a few weeks before it takes place, but this one has been contentious ever since Prime Minister Theresa May invited Trump soon after his inauguration in January 2017. The trip has been deferred amid concerns about the president's reception in the U.K. and Britain's extended crisis over Brexit, which has consumed most of the government's political energy.

Trump finally made an official trip to the U.K. last summer, though that wasn't a state visit. Demonstrators followed him everywhere nonetheless, with tens of thousands flooding the streets of central London to protest his presence and a 20-foot (6-meter) balloon depicting the U.S. president as a screaming baby flown near Parliament.

More protests are all but certain this time around.

"This is a president who has systematically assaulted all the shared values that unite our two countries, and unless Theresa May is finally going to stand up to him and object to that behavior, she has no business wasting taxpayers' money on all the pomp, ceremony and policing costs that will come with this visit," she said.

In addition to meeting with the queen, Trump will also hold talks with May, whose handling of Brexit he has repeatedly criticized.

The president has said he gave May advice on how to negotiate Britain's exit from the European Union, but she didn't listen. May has said Trump advised her to sue the EU.

Trump has also said May's proposed Brexit deal, which calls for Britain to retain close economic and regulatory ties with the EU, would likely scupper the chances of a U.K.-U.S. free trade deal.

It hasn't been announced whether Trump will address Parliament, an honor granted to presidents including Ronald Reagan and Obama.

May said in a statement that Britain and the U.S. "have a deep and enduring partnership that is rooted in our common history and shared interests."

"The state visit is an opportunity to strengthen our already close relationship in areas such as trade, investment, security and defense, and to discuss how we can build on these ties in the years ahead," she said.

The U.K. fits in with Trump's plans to attend the June 6 commemorations in France marking the 75th anniversary of the D-Day landings.

Trump and the first lady plan to attend a ceremony in the naval city of Portsmouth to commemorate D-Day on the final day of his visit, the White House said.

Nations that took part in the campaign to liberate Europe from Nazi Germany have been also been invited to attend. They include Canada, France, Australia, New Zealand, Belgium, Luxembourg, Poland, Norway, Denmark, Netherlands, Greece, and Slovakia and the Czech Republic. Germany has also been invited in keeping with previous D-Day commemorative events.

After leaving Britain, Trump and his wife will travel to Normandy, in northern France, as a guest of President Emmanuel Macron to attend D-Day ceremonies at the Normandy American Cemetery at Colleville-sur-Mer.

While in France, Trump will also meet separately with Macron.