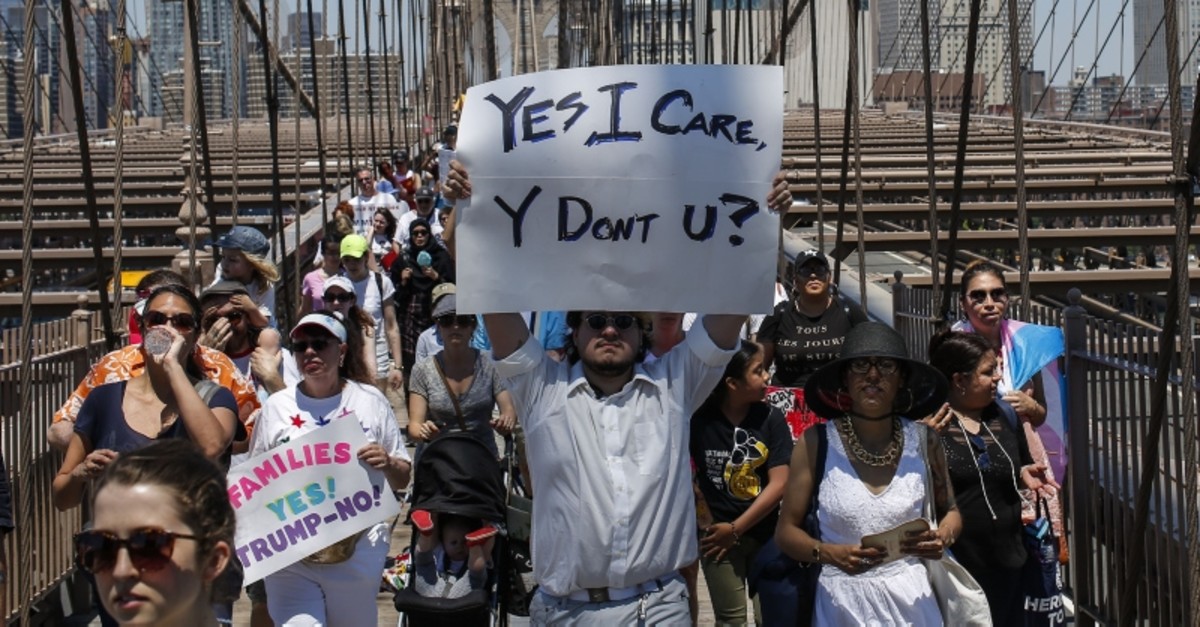 A U.S. judge said on Thursday he would order the Trump administration to comb through the records of 47,000 immigrant children and within six months identify those separated from their parents after crossing the Mexican border.

While a government official said at Thursday's hearing he hoped to meet the deadline, the government said earlier this month it might take two years to identify the separated children.

"I am going to issue an order to do this in six months, subject to good cause," said U.S. Judge Dana Sabraw at a hearing in San Diego. "It is important for all government actors to have a time frame and I intend to stand on it."

The American Civil Liberties Union, which brought a class action lawsuit on behalf of parents separated from their children, pressed Sabraw to give the government a firm deadline.

Last year, Sabraw ordered the government to reunite around 2,700 children who were separated under the Trump administration's "zero tolerance" policy of criminally prosecuting illegal border crossers, even if they had children.

The ACLU said the reunifications were generally successful because the government scrambled to comply with Sabraw's order to complete the task in 30 days.

The administration abandoned the zero tolerance policy last year in the wake of widespread outcry.

In January, an internal government watchdog said there were potentially thousands more separated migrant children, although the exact number is unclear due to informal record keeping.

Sabraw expanded the class action case in March to include the parents of this newly identified group of children.

The government needs to review records for 47,000 immigrant children to determine which ones might be covered by the expanded class action, Jonathan White testified at the Thursday's court hearing.

White, an official with the Department of Health and Human Services, said his team had already identified between 500 and 1,000 children who might have been separated from their parents.

The watchdog report said prior to the official zero-tolerance policy, the government began ramping up separations in 2017 for other reasons related to a child's safety and well-being, including separating parents with criminal records or lack of proper documents.