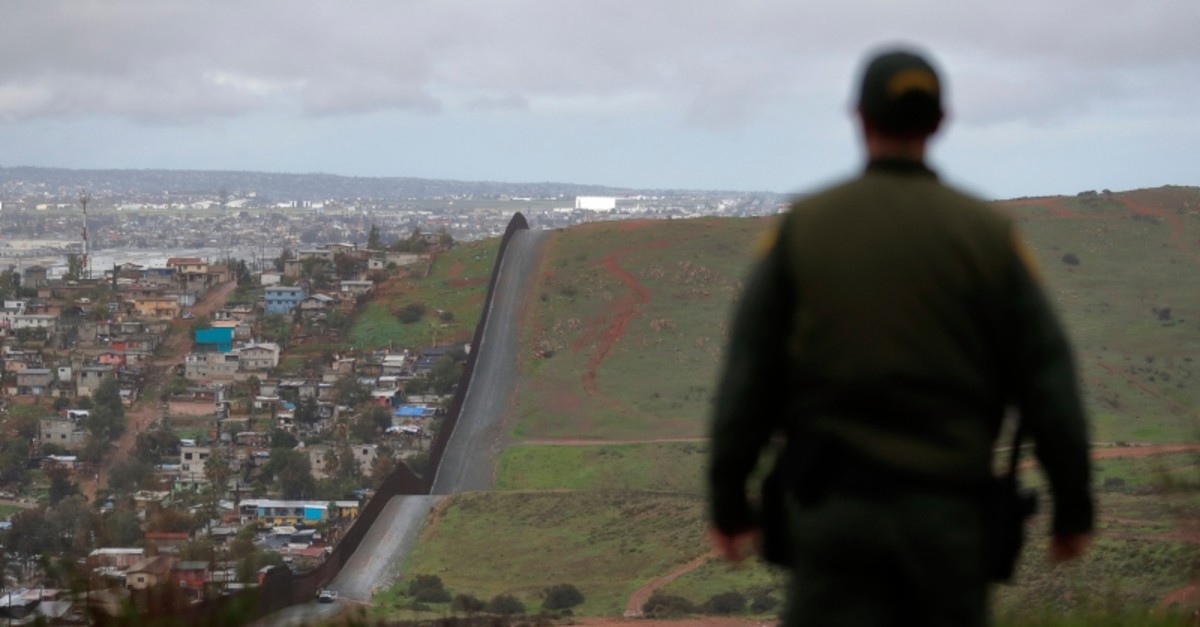 The Pentagon may send about 300 more troops to the U.S.-Mexico border in roles that could put them in contact with migrants and thus mark a break from current practice, officials said this week.

Charles Summers, a spokesman for Acting Defense Secretary Patrick Shanahan, said Shanahan was expected to approve the proposal, which was developed as a response to a call from the Department of Homeland Security for additional military assistance.

The new troops would be in support roles such as driving buses with detained migrants and providing meals to them. It would also include Department of Defense lawyers helping to process the migrants.

There currently are about 2,900 active-duty troops operating in support of DHS at the border, plus about 2,000 National Guard troops. A key aspect of the policy governing military involvement at the border has been a prohibition on direct contact with migrants. This is meant to emphasis that the military is not in a law enforcement role.

Summers said the proposal being considered by Shanahan would include an "amendment" to the current policy on avoiding contact with migrants. This would be necessary in order to carry out tasks such as providing meals, legal assistance and transportation, he said.

"We have Border Patrol stations where (they) are literally overwhelmed with migrants, so we're merely delineating the fact that we will have some of our troops handing out meals and therefore would come in contact with migrants," Summers said.

U.S. border authorities said this week they've started to increase the biometric data they take from children 13 years old and younger, including fingerprints, despite privacy concerns and government policy intended to restrict what can be collected from migrant youths.

A Border Patrol official said that the agency had begun a pilot program to collect the biometrics of children with the permission of the adults accompanying them, though he did not specify where along the border it has been implemented.

The Border Patrol also has a "rapid DNA pilot program" in the works, said Anthony Porvaznik, the chief patrol agent in Yuma, Arizona, in a video interview published by the Epoch Times newspaper.

Spokesmen for the Border Patrol and the Department of Homeland Security did not return several messages from The Associated Press seeking comment on both programs.

The Border Patrol says that in the last year, it's stopped roughly 3,100 adults and children fraudulently posing as families so they can be released into the U.S. quickly rather than face detention or rapid deportation.

The Department of Homeland Security has also warned of "child recycling," cases where they say children allowed into the U.S. were smuggled back into Central America to be paired up again with other adults in fake families — something they say is impossible to catch without fingerprints or other biometric data.

"Those are kids that are being rented, for lack of a better word," Porvaznik said.

But the Border Patrol has not publicly identified anyone arrested in a "child recycling" scheme or released data on how many such schemes have been uncovered. Advocates say they're worried that in the name of stopping fraud, agents might take personal information from children that could be used against them later.

"Of course child trafficking exists," said Karla Vargas, an attorney with the Texas Civil Rights Project. But she warned against implementing "a catch-all" policy that could reduce the rights of people who are legally seeking asylum.

At a round table with President Donald Trump broadcast in February, one Border Patrol official described a case he said led to eight indictments in South Carolina, including of a Guatemalan woman who said she had "recycled" children 13 times for payments of $1,500 a child. The U.S. attorney's office in South Carolina told the AP this week that case was sealed and declined to comment on it.

DHS regulations say the department can require the fingerprints of anyone entering the country illegally, but those regulations exempt anyone under 14.

Porvaznik, the chief agent in Yuma, Arizona, told the Epoch Times that under the pilot program agents can fingerprint children under 14 "if we get permission from the adult that they're with."

However, legal experts say that interpretation can be challenged in court.

"DHS may claim that they can get around this bar by getting parental permission, but that interpretation is subject to court challenge," Cornell law professor Stephen Yale-Loehr said. "To do this legally, DHS needs to go through the rulemaking process to change the regulation."

Vargas of the Texas Civil Rights Project said she often spoke to immigrant parents who had signed paperwork they didn't fully understand.

"It's never presented to immigrants as, 'You have a choice of whether or not to sign this,'" Vargas said.

The numbers of unauthorized border crossings are surging this year, with new records being set monthly for the number of families entering the U.S. outside legal points of entry. Most are from Guatemala, El Salvador and Honduras, and many adults and children who cross seek asylum under U.S. law.

The Border Patrol has warned that its holding facilities are past capacity and that it doesn't have the staff or resources to detain migrants. It will soon open two tent facilities at the Texas border for processing and detention, and immigration agencies are releasing families within a day or two to clear detention space.

In one case filed in federal court in El Paso this month, authorities accused a Guatemalan man of having a fake birth certificate printed that claimed he was the father of a 15-year-old who crossed the border illegally with him. Authorities say the teen agreed to go with the man because he wanted to leave Guatemala.

But advocates say the Border Patrol regularly cites fraud when it separates a child from an adult relative who isn't a parent, even if the relative is the child's effective guardian.

The Texas Civil Rights Project published a study in February that counted 272 separated families at a single Texas courthouse since June, after the official end of the zero-tolerance policy that led to thousands of family separations earlier in 2018. Of those, 234 involved adult siblings, aunts and uncles, or other relatives of the children.