Over 10,000 evacuated in Canada floods as rescuers search for pets 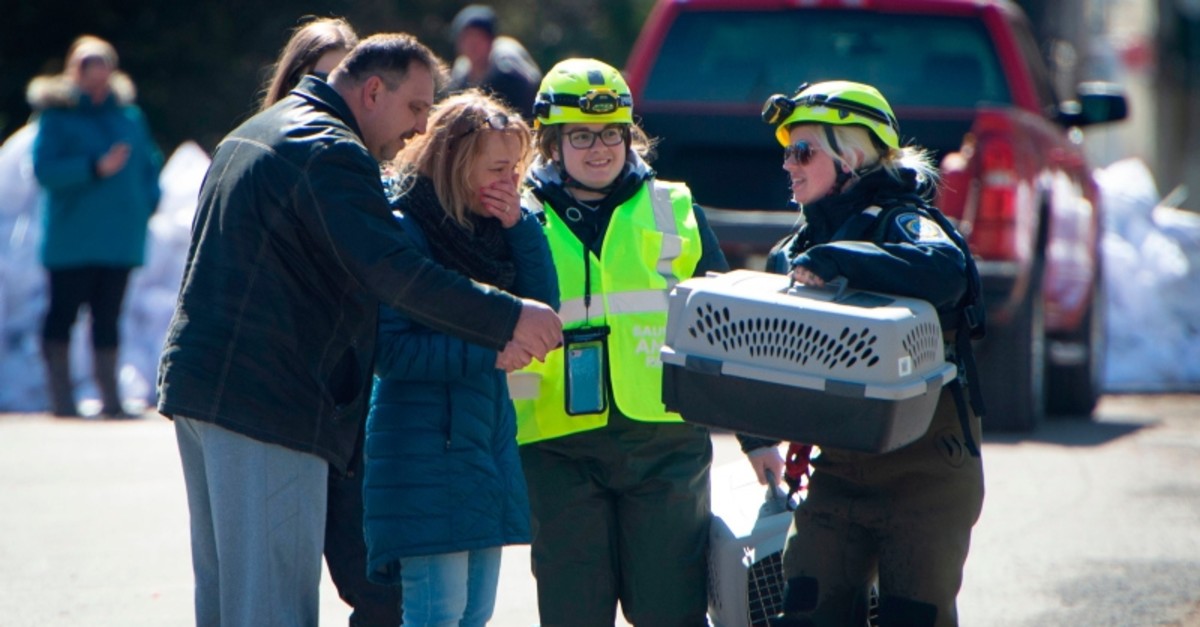 More than 10,000 people have been evacuated from their homes in eastern Canada in recent days as spring floods broke record levels set in 2017, officials said Monday, warning that it could take weeks for the waters to recede.

Meanwhile an operation is underway to rescue pets from homes in the area that had to be abandoned during evacuations.

Hardest hit was the town of Sainte-Marthe-sur-le-Lac, west of Montreal, where more than 6,000 people were forced to flee rising waters over the weekend after a natural dike was breached.

"Water levels are falling and we hope that we can protect the area," she said, noting that construction of new gravel barriers was underway to keep waters at bay.

About 9,000 people have been displaced in Quebec province, or twice the number in 2017, which had seen the region's worst flooding in a half-century.

In the rush to flee the rising water scores of pets were abandoned.

Eric Dussault, whose Animal Rescue Network is spearheading the effort to find the marooned pets, said an emergency shelter has been set up and people with training in animal rescues and expertise in cat and dog behaviors have been sent door to door.

"We have a huge number of animals we need to evacuate. We're working with a list of hundreds of animals supplied by their owners," he said.

About 40 animals were rescued since late Sunday, but the group was too late to save a dog, a guinea pig and another unspecified animal believed to have drowned or died of hypothermia.

In New Brunswick, more than 1,000 people have been forced from their homes. A handful also were evacuated in the capital Ottawa.

Several thousand soldiers have been deployed throughout Ontario, Quebec and New Brunswick to help with evacuations and fill sandbags.

Guilbault said she expects there will be a break in rainfall, but added that waters are likely take a long time to recede.