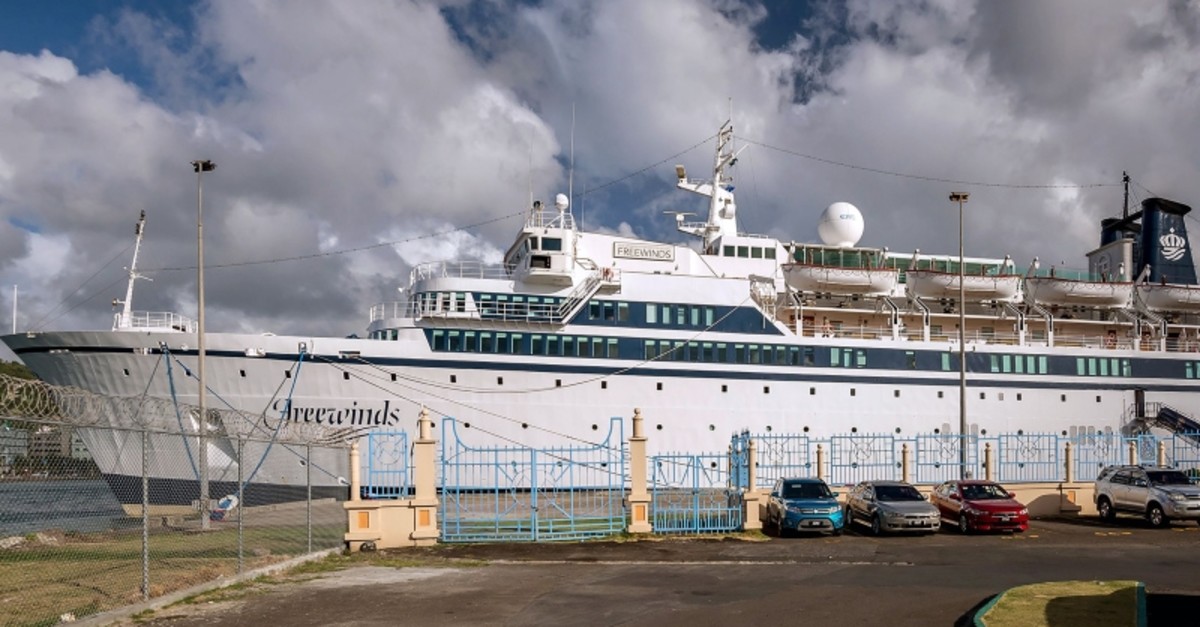 The Freewinds cruise ship owned by the Church of Scientology is seen docked in quarantine at the Point Seraphine terminal in Castries, Saint Lucia (AFP Photo)
by Compiled from Wire Services May 03, 2019 6:24 pm

A cruise ship quarantined for a reported case of measles left the Caribbean island of St. Lucia late on Thursday after health officials provided 100 doses of vaccine to the ship, media reports said.

The Church of Scientology cruise ship was confined in port this week by island health officials after the highly contagious disease was detected on board.

CNN reported the ship had left St. Lucia, and online ship traffic data showed that the vessel was underway and headed for the island of Curacao.

Curacao epidemiologist Dr. Izzy Gerstenbluth said the female crew member arrived April 17 in Curacao from Europe and visited a doctor April 22 for cold symptoms. A blood sample was taken and sent to nearby Aruba, where officials confirmed it was measles on April 29, a day after the ship had departed for St. Lucia. Curacao health officials then alerted authorities in St. Lucia.

It was unclear what the crew member was doing in Europe.

Officials urged anyone who visited the ship from April 22-28 to get a medical checkup.