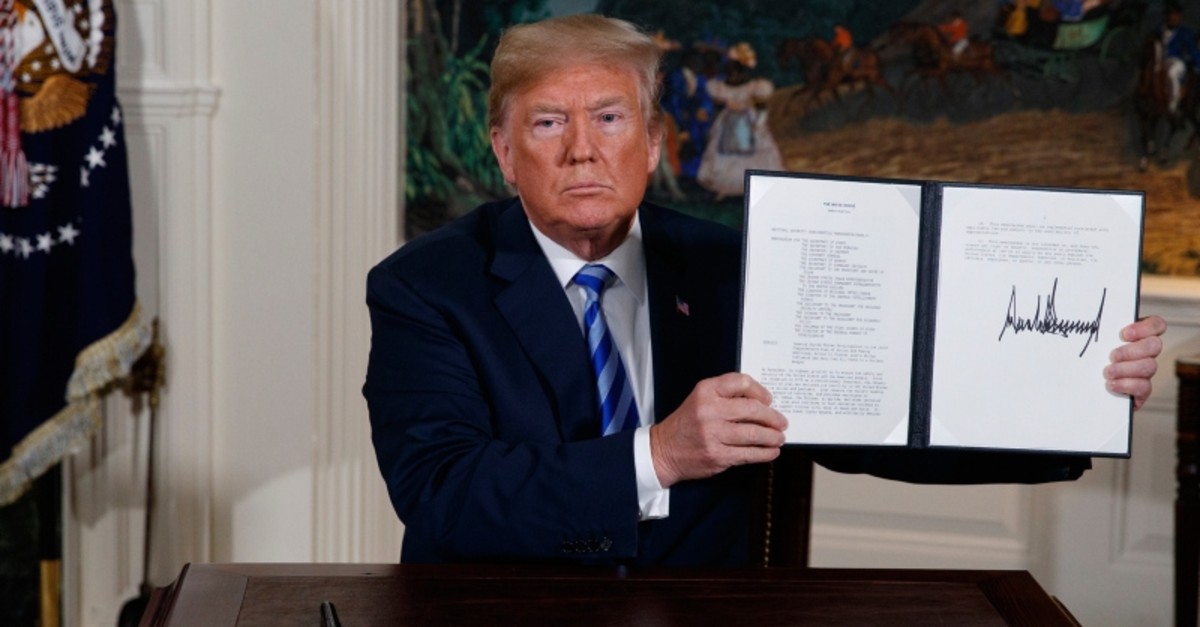 U.S. President Donald Trump targeted Iran's steel and mining sectors Wednesday in his latest tough sanctions but said that he "someday" hoped to negotiate face-to-face with the clerical regime.

The announcement came hours after Iran said it was suspending some limits set by a multinational nuclear deal -- on the one-year anniversary of Trump's pullout from the accord.

The White House said it was imposing sanctions on all trade of Iran's iron, steel, aluminum and copper, the country's biggest export after oil -- which the United States is already working to halt completely.

"Today's action targets Iran's revenue from the export of industrial metals -- 10% of its export economy -- and puts other nations on notice that allowing Iranian steel and other metals into your ports will no longer be tolerated," Trump said in a statement.

"Tehran can expect further actions unless it fundamentally alters its conduct."

But in a switch in tone, Trump, who talked tough on North Korea before entering landmark talks with leader Kim Jong Un, said he was also willing to negotiate.

"I look forward to someday meeting with the leaders of Iran in order to work out an agreement and, very importantly, taking steps to give Iran the future it deserves," he said.

Earlier Wednesday, Iran threatened to enrich its uranium stockpile closer to weapons-grade levels in 60 days if world powers fail to negotiate new terms of the 2015 nuclear deal. Trump pulled out of the deal a year ago, but European and other nations stayed in.

Iran's move comes at a sensitive moment in the region.

The White House said it dispatched the aircraft carrier USS Abraham Lincoln and B-52 bombers to the Persian Gulf over what it described as a new threat from Iran.