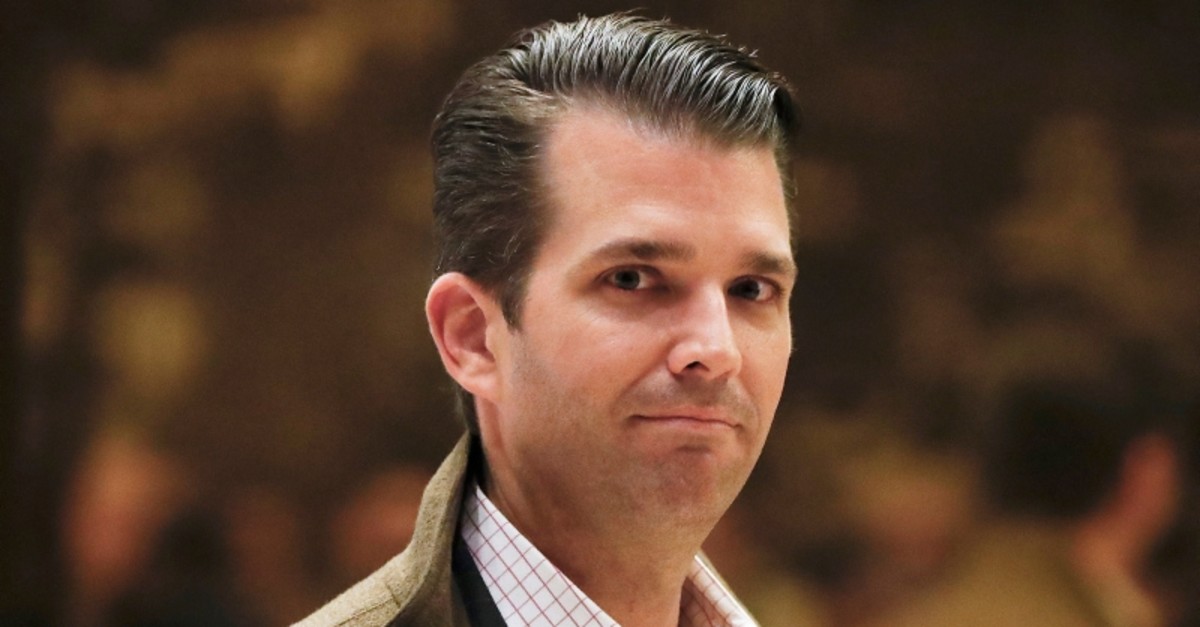 The Senate intelligence committee has subpoenaed Donald Trump Jr., calling him in to answer questions about his 2017 testimony.

That's according to a person familiar with the subpoena who discussed it on condition of anonymity. The committee has renewed interest in talking to President Donald Trump's eldest son after Trump's former lawyer, Michael Cohen, testified earlier this year.

Cohen told a House committee in February that he had briefed Trump Jr. approximately 10 times about a plan to build a Trump Tower in Moscow. Trump Jr. told the Senate Judiciary Committee in 2017 he was only "peripherally aware" of the proposal.

The Senate intelligence committee has been investigating Russian election interference and Trump's ties to Russia for the last two years. The subpoena is a sign that the panel is still conducting its investigation even after the release of special counsel Robert Mueller's report.

Maine Sen. Susan Collins, a Republican member of the panel, hinted after Cohen spoke behind closed doors to the Senate intelligence panel that the committee would want to talk to Trump Jr. again. She said senators "clearly need to re-interview some witnesses whose accounts (Cohen) contradicts."

Alan Futerfas, a lawyer for Trump Jr., did not immediately respond to multiple messages seeking comment.

The subpoena was first reported by Axios.