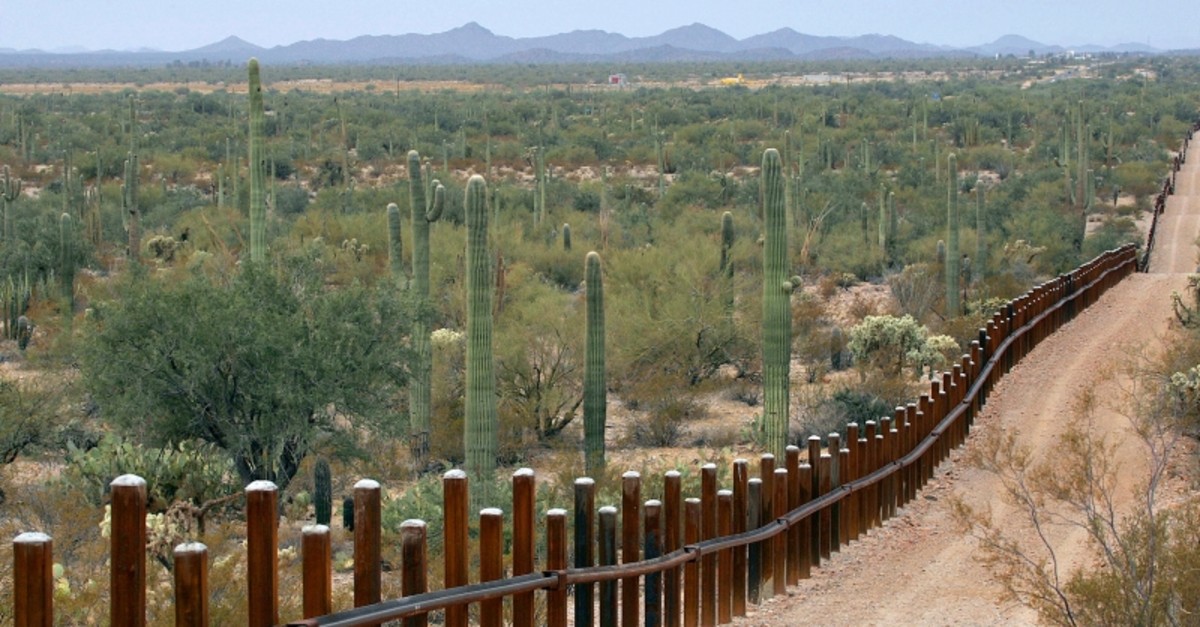 This Feb. 17, 2006 file photo shows the international border line made up of bollards: irregular, concrete-filled steel poles, seperating Mexico, left from the United States, in the Organ Pipe National Monument near Lukeville, Ariz. (AP Photo)
by Compiled from Wire Services May 16, 2019 12:30 am

The U.S. Defense Department said on Wednesday it had awarded a $646 million contract to a construction company to design and build a replacement for the border wall in Arizona.

In a statement, the Pentagon said the work by Albuquerque, New Mexico-based Southwest Valley Constructors was expected to be completed by Jan. 31, 2020. The work will be performed in the Tucson sector, which includes most of the Arizona border with Mexico. The Pentagon did not indicate the length of the wall to be built.

President Donald Trump has ordered the Pentagon to transfer funds to help build a border wall after he failed to secure funding from Congress.

Last week, the Pentagon said acting Defense Secretary Patrick Shanahan had approved the transfer of $1.5 billion from the department to build more than 80 miles (130 km) of barriers on the border.

While Arizona has seen an increase in border crossers over the last year, most are families who turn themselves in to Border Patrol agents. The number of drugs that agents seize in the state has also dropped significantly.

But the government is moving forward with more border infrastructure..

In Arizona, construction will focus on four areas of the border and will include the replacement of waist-high fencing meant to stop cars with 18- to 30-foot (9-meter) barriers that will be more efficient at stopping illegal crossings.

The government has already demolished refuge land in the Rio Grande Valley of Texas and construction is set to begin any day. On one section of the Lower Rio Grande Valley National Wildlife Refuge, crews have used heavy construction equipment to destroy a mix of trees, including mesquite, mulberry and hackberry. Those trees protect birds during the ongoing nesting season.

According to plans published last year, the cleared land will be filled in and a concrete wall will be installed, with bollards measuring 18 feet (5.5 meters) installed on top.