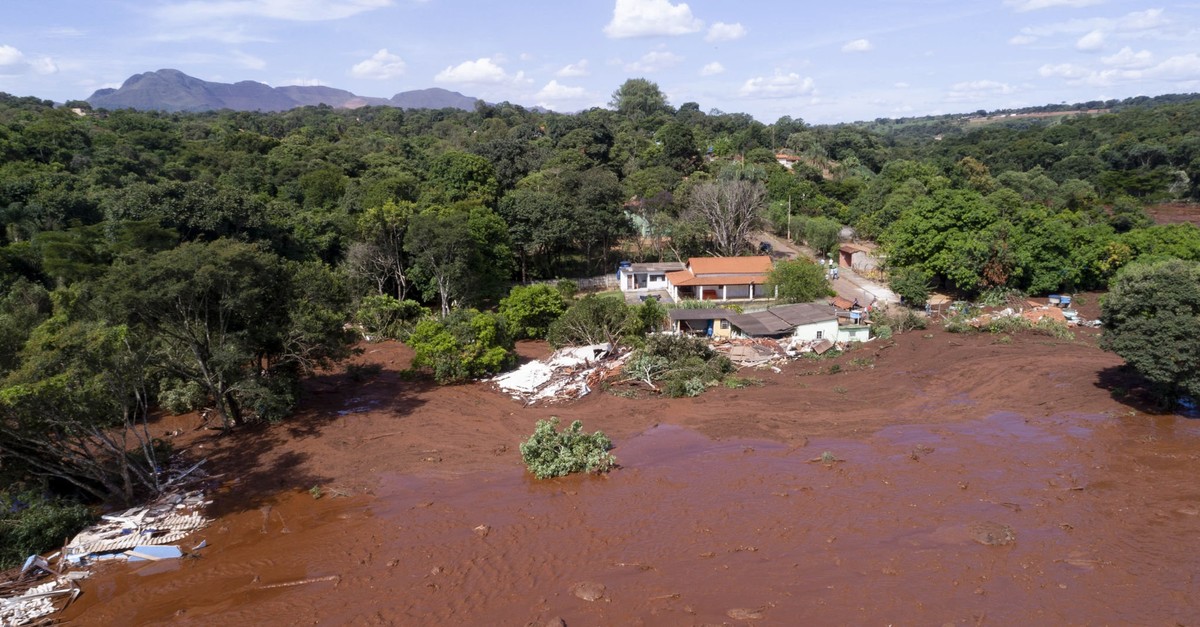 Flooding triggered by a collapsed dam near Brumadinho, Brazil (AP Photo)
by Associated Press May 17, 2019 1:39 am

The prosecutor's office for Brazil's Minas Gerais state is warning that a dam holding back mining waste could collapse in the next few days.

In a recommendation sent Thursday, prosecutors said the mining company Vale reported unusual movement near the site that could lead to the dam rupturing as soon as Sunday. Prosecutors gave Vale six hours to inform nearby residents.

The company said the dam in the city of Barao de Cocais was already at the maximum risk level and people living nearby were evacuated as a precaution in February.

In March, Vale warned that dams at four of its mines in Brazil could collapse at any moment.

A Vale-operated dam in Minas Gerais failed Jan. 25, unleashing a wave of mud that killed over 200 people.