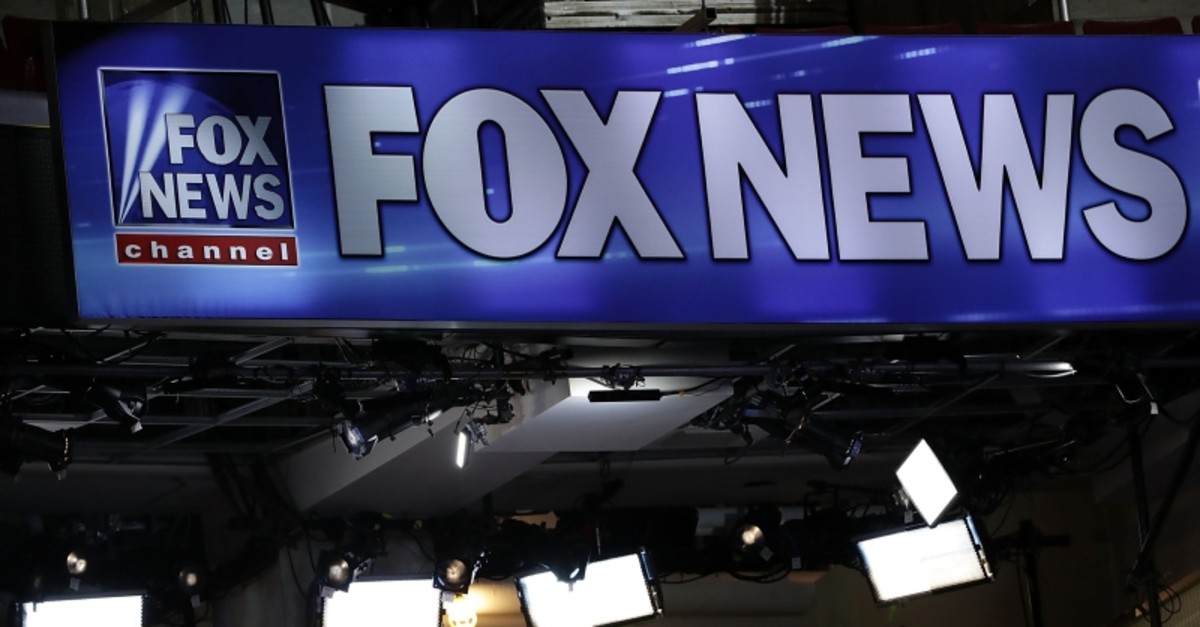 In this file photo taken on July 24, 2016, a booth of Fox News is seen at the Wells Fargo Center in Philadelphia, Pennsylvania, one day before the start of the Democratic National Convention. (AFP Photo)
by French Press Agency - AFP
May 20, 2019 1:55 am

President Donald Trump criticized Fox News again Sunday in the latest hint that he is souring on what has been his favorite and most faithful news outlet.

As part of a flurry of afternoon tweets, Trump took the conservative network to task for interviewing Democratic presidential hopeful Pete Buttigieg, the 37-year-old mayor of South Bend, Indiana.

"Hard to believe that @FoxNews is wasting airtime on Mayor Pete, as Chris Wallace likes to call him. Fox is moving more and more to the losing (wrong) side in covering the Dems," Trump wrote, alluding to the Fox interviewer.

Trump added: "Chris Wallace said, 'I actually think, whether you like his opinions or not, that Mayor Pete has a lot of substance...fascinating biography.' Gee, he never speaks well of me."

Sunday's comments were Trump's most forceful of late against Fox, until now the president's preferred US news outlet and the one that most often gets to interview him.

Another Trump interview was scheduled on the network for late Sunday.

Trump has been critical of Fox's coverage of candidates in the crowded race for the Democratic presidential nomination in the 2020 election that will pit one of them against Trump.

Last month, Trump took a swipe at Fox after it hosted a town hall meeting with Senator Bernie Sanders of Vermonth.

Trump said the audience "was so smiley and nice. Very strange," and alleged that it had been packed with Sanders supporters.

The president's ties with the most Trump-friendly US television network have hit a rough patch since the departure from his administration of two former big names at Fox.

These are Bill Shine, a former Fox News executive who served for nine months as White House communications director -- Trump's fifth -- and former Fox news anchor Heather Nauert, who was spokeswoman at the State Department.

Nauert had been promoted to a senior State post and then considered for a while as a potential candidate to replace Nikki Haley as US ambassador to the United Nations.