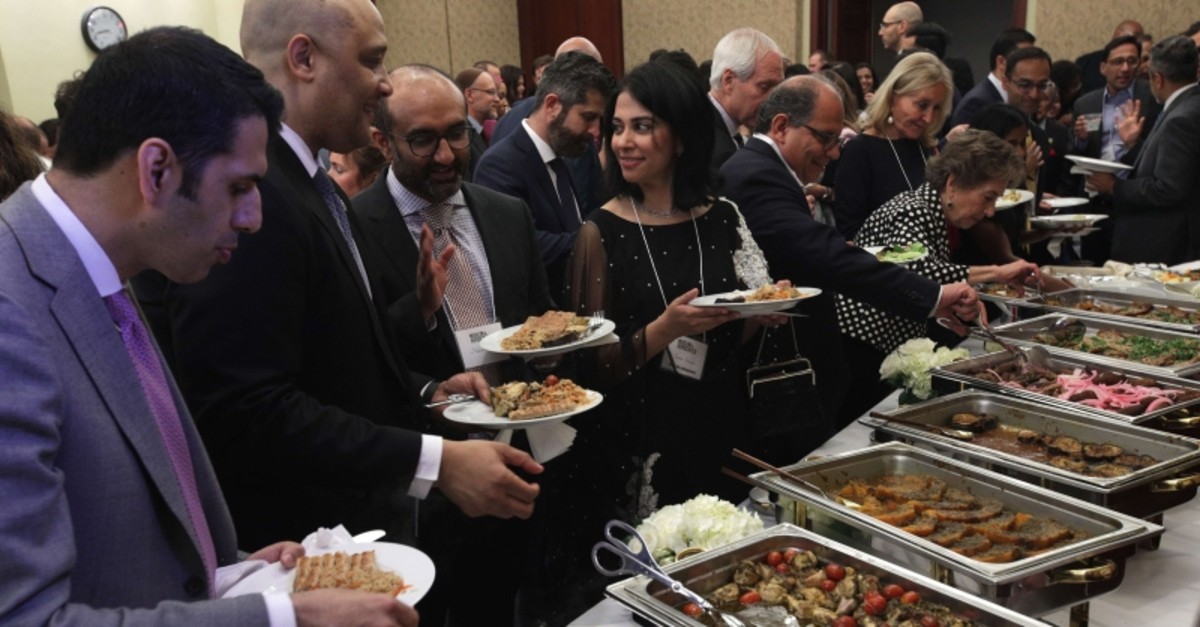 Muslim members of the Congress hosted Monday a first-ever iftar, a fast-breaking dinner, at the U.S. Capitol.

Many members of the House of Representatives, as well as Congress staff, attended the fast-breaking dinner organized by the Democratic members of Congress Ilhan Omar, Rashida Tlaib and Andre Carson.

The event was co-hosted by the national civil rights organization Muslim Advocates.

Speaking before breaking the Ramadan fast, Tlaib, the U.S. representative for Michigan, stressed the "historic importance" of the event.

"This event lifts an entire community that has felt unseen for far too long. We have been unjustly targeted to ignite fear and promote an agenda of hate. Tonight, we recommit to being rooted in justice, inclusivity, and a sense of belonging," Tlaib said.

At White House, an annual iftar dinner -- a bipartisan tradition that formally began with Bill Clinton -- is hosted in the Islamic holy month of Ramadan. However, it is the first time the fast-breaking meal was held at the U.S. Congress.

Throughout the Islamic holy month of Ramadan, Muslims across the globe fast from sunrise to sunset. Muslims begin their fast with the sahoor, an early breakfast encouraged by the Prophet Muhammad, and break it with the iftar before going to the mosque and attending the night prayer that lasts till after midnight.