It is time to open impeachment inquiry against Trump, Ocasio-Cortez says 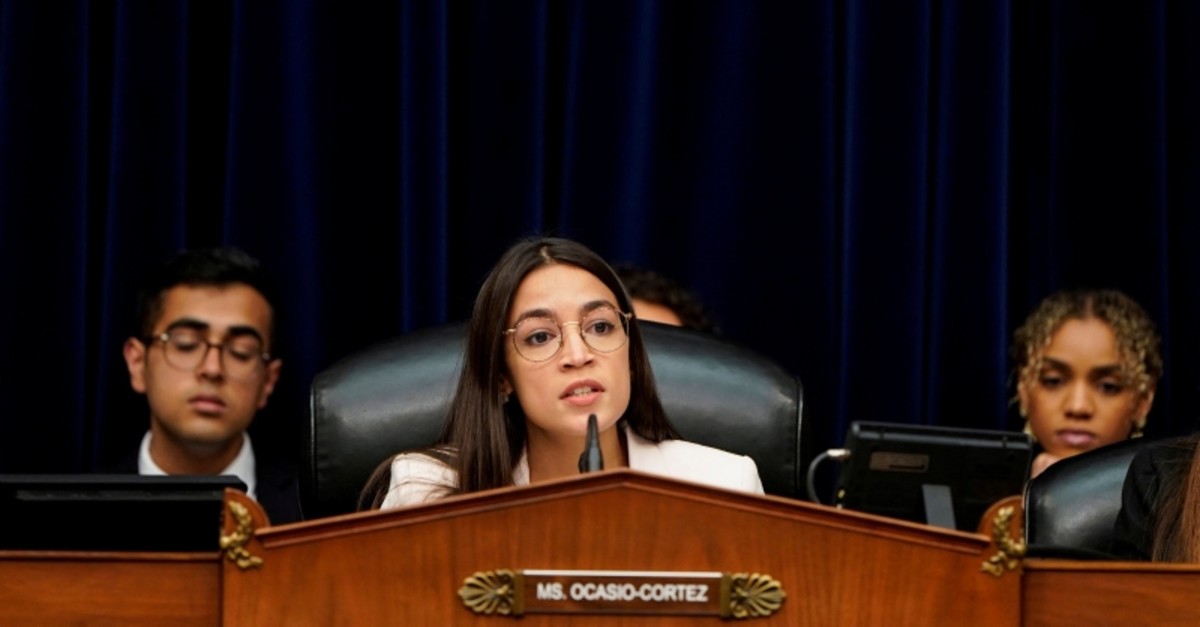 Rep. Alexandria Ocasio-Cortez (D-NY), acting as chairman of the Civil Rights and Civil Liberties Subcommittee, speaks during a hearing on ,Confronting White Supremacy on Capitol Hill in Washington, U.S., May 15, 2019. (Reuters Photo)
by May 22, 2019 1:40 am

U.S. Democratic Representative Alexandra Ocasio-Cortez said on Tuesday it is time for Democratic leaders to allow an impeachment process to start against President Donald Trump, saying the administration's obstruction of lawmakers' oversight efforts gives them no choice.

House Speaker Nancy Pelosi has so far resisted calls for Democrats to launch impeachment proceedings, instead backing continued investigations of Trump and his administration by numerous congressional panels instead.

But more Democrats are openly discussing it, and liberals like Ocasio-Cortez, a leader of the progressive left since she beat an established Democrat in a surprise primary upset last year, are stepping up the pressure.

"I think it's time for us to, at the very least, open an impeachment inquiry ... we've been given no choice I think, in this scenario," Ocasio-Cortez said outside the House of Representatives.

She said the Mueller report on Russian meddling in the 2016 campaign had described evidence of obstruction of the investigation by the executive branch, adding that the report had pointed directly to Congress as the body to take action.

The report by Special Counsel Robert Mueller stopped short of declaring that the president obstructed justice, but it also did not exonerate him.

"We now have the president actively discouraging witnesses from coming in to answer a legally binding subpoena from Congress," Ocasio-Cortez added. Former White House counsel Don McGahn on Tuesday defied a subpoena from the House Judiciary Committee, at the White House's request.

"It's getting to the point where we can't even do our own jobs. And I think it is entirely appropriate, given this overwhelming amount of evidence and the continued actions from the executive branch, that we exert our power as a co-equal branch of government," Ocasio-Cortez said.

She said she was not sure whether impeachment advocates were a majority of the Democrats in the House, but "I personally have not felt a very strong opposition to impeachment."

Another Democratic lawmaker, Representative John Yarmuth, said on Tuesday he believed Pelosi realizes events are trending in the direction of impeachment, even as the Democratic leader argues for continued focus on House investigations of the Trump administration.

"I think she realizes that the path is leading more and more inevitably toward an impeachment process. But she wants to let all these committees do their thing," Yarmuth said outside the House.