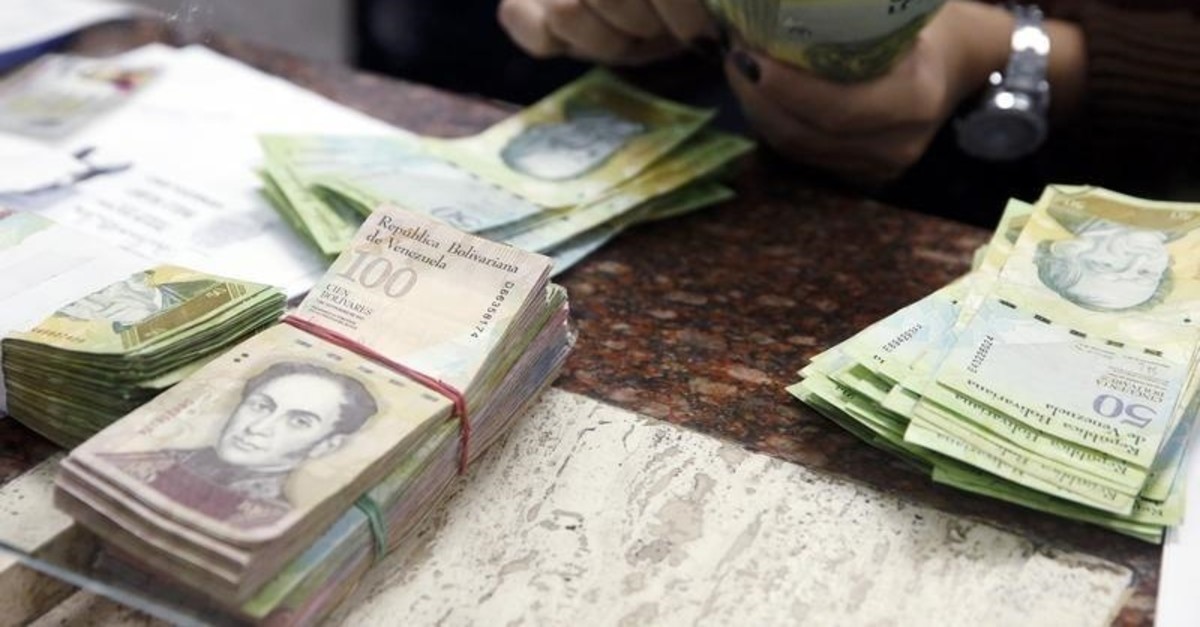 Venezuela is planning to introduce banknotes with larger denominations to cope with hyperinflation which shows no signs of slowing.

Banknotes of 10,000, 20,000 and 50,000 bolivar denominations will begin circulating on Thursday to "make the payment system more efficient and facilitate commercial transactions," the central bank said in statement.

President Nicolas Maduro last year cut five zeroes off the currency and prices. The move was supposed to ease shortages of cash that pushed most of the economy toward debit and credit card operations and put heavy strain on digital commerce platforms.

The largest of those bank notes, equivalent to about US$8, is more than the minimum wage of 40,000 bolivars per month.

Following the 2018 overhaul, the highest denomination notes were 500 bolivars, which now would not be enough to buy a piece of candy.

Inflation in May reached 815,000 percent after peaking earlier this year above 1.7 million percent, according to the opposition-run congress.

Maduro blames the OPEC nation's economic predicament on sanctions by the United States meant to force him from office.

His critics say the collapse was caused by two decades of incompetent management that squandered hundreds of billions of dollars in oil revenue.