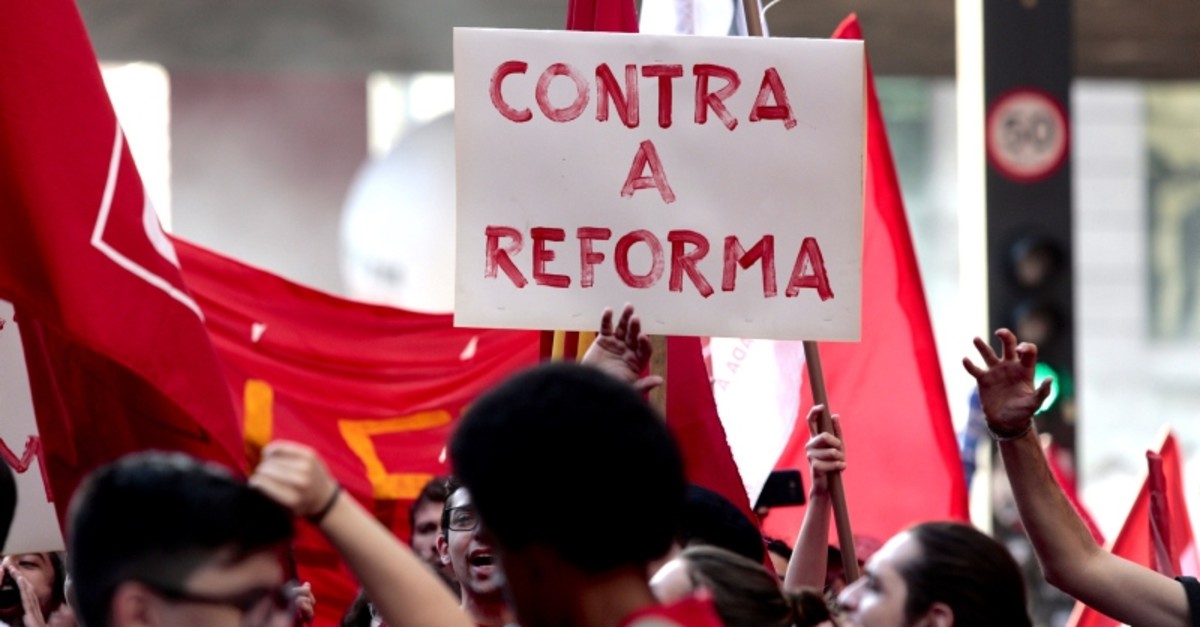 The strike was urged by trade unions to protest a pension overhaul being discussed in Congress.

There were no reports of injuries.

The strike was the first of its kind since far-right President Jair Bolsonaro took office Jan. 1.

The administration aims to raise the retirement age to 65 for men and 62 for women and increase workers' contributions for pensions.

Protester Carolina Cacau said the plan would do away with retirement altogether.

"It will make workers work until their death," she said.

The latest demonstration against Bolsonaro comes as Brazil prepares to play Bolivia in the Copa America opener.

Some metro lines in Sao Paulo were paralyzed ahead of the game at the city's Morumbi stadium where police sharpshooters will be deployed as part of increased security for South America's showcase football tournament.

Bolsonaro's proposed overhaul of Brazil's pension system — which he has warned will bankrupt the country if his plan is not approved — is seen as key to getting a series of economic reforms through Congress.

But the changes, including the introduction of a retirement age, have faced resistance from trade unions and in the lower house of Congress, where Bolsonaro's ultraconservative Social Liberal Party has only around 10 percent of the seats.

A pared-back draft of the reform presented to Congress on Thursday -- which reduces expected savings from 1.2 trillion reais ($300 billion) in 10 years to around 900 billion reais — did little to appease union leaders.

Such savings are seen as vital to repairing Brazil's finances and economy, which were devastated by a 2015-2016 crisis.