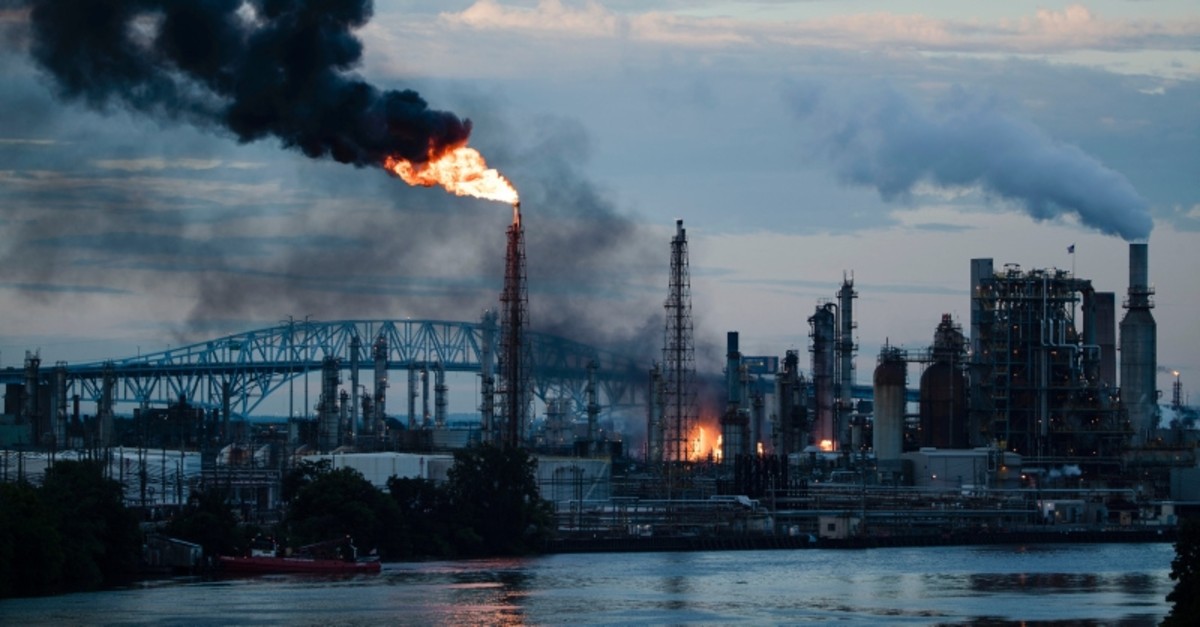 A fire in a vat of butane at a 150-year-old refinery complex in Philadelphia turned the early morning sky a bright orange and yellow and awakened startled residents with explosions that shook homes Friday.

By 7 a.m., the fire was contained but not under control, said Craig Murphy, the city's deputy fire commissioner. Nearby residents were asked to shelter in place. There were no reports of injuries, although one employee was checked out after complaining of chest pains.

It was the second blaze at the refinery this month, following a June 10 fire in which no injuries were reported.

The cause of Friday's fire was unclear.

Murphy said a vat of butane ignited and eventually exploded. A series of smaller explosions happened as the fire worked its way through the tangle of pipes carrying fuel across the complex. Refinery emergency response crews and the Philadelphia Fire Department responded to the scene.

Plant and city firefighters were cooling down nearby tanks to prevent the fire from spreading.

"We're here in support of the Philadelphia Energy Solution (crews)," Murphy said during a media briefing at the site. "The fire is now different from when we got here."

Thick, black smoke billowed across the city when the fire started.

"The whole sky lit up yellow," Antonio Tindle told WPVI-TV. "The third explosion rocked my truck. The whole truck started to rock and it got kind of scary," he said.