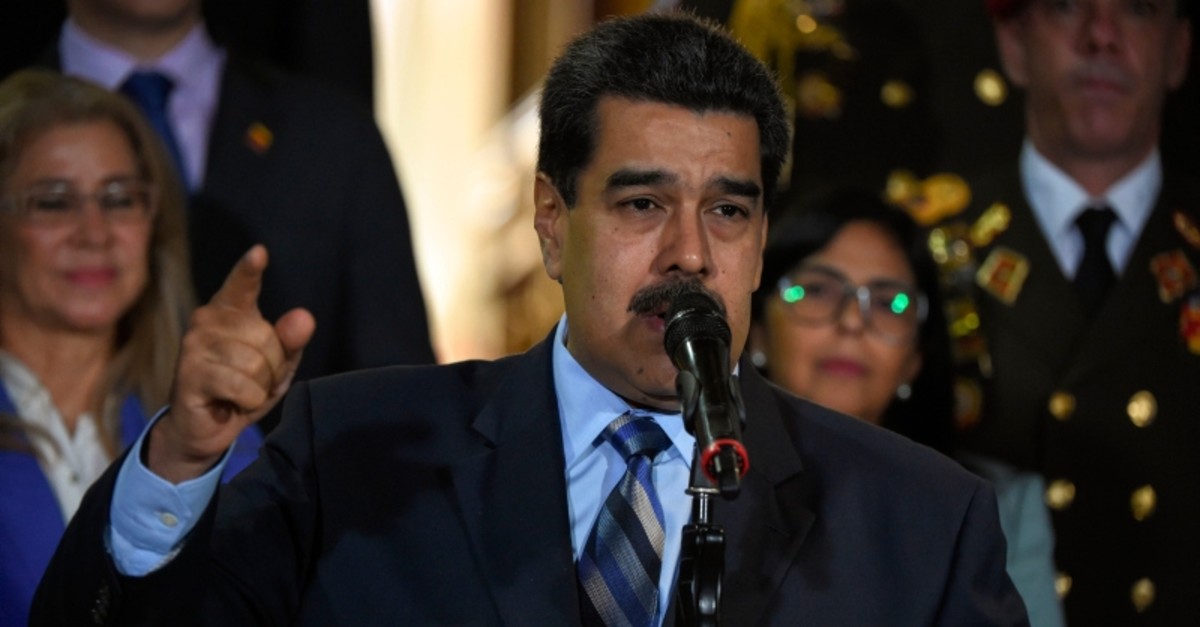 The Venezuelan government on Wednesday foiled an assassination attempt against the democratically elected President Nicolas Maduro, which envisioned a group of rogue officers storming the presidential palace and installing an imprisoned general in his stead.

Rodriguez said the plotters had planned to release jailed ex-general Raul Isaias Baduel from prison and declare him president, the El Universal newspaper reported. Rodriguez identified the governments of Colombia and Chile as the masterminds behind the alleged coup attempt. Maduro himself spoke of "a power-obsessed minority planning violence and war."

Maduro escaped an actual attempt on his life last year, when drones carrying explosives went off in front of him as he spoke at a National Guard ceremony in Caracas. The president was unharmed, but seven National Guard soldiers were injured.

For the third time this year, the U.S' attempt to remove President Nicolas Maduro from power in May turned out to be a bust. After an uprising in Venezuela quickly fizzled out, Maduro blamed the U.S. government for orchestrating a coup attempt against his country.

The military has so far supported Maduro and refused to back opposition leader Juan Guaido, who declared himself interim president in January and has backing from dozens of countries, including most of Latin America and the U.S. Maduro has called Guaido a U.S-backed puppet who seeks to oust him in a coup.

Venezuela has been rocked by protests since Jan. 10, when Maduro was sworn in for a second term following a vote boycott by the opposition. Tensions climbed on Jan. 23 when Juan Guaido declared himself interim president, but Maduro has so far refused calls to step down.

Some in the Donald Trump administration thought they would achieve their mission in January, when the U.S. formally recognized Guaido and around 50 other nations followed suit. Others thought it might end in February, when the opposition entered the country with trucks of U.S. aid to help the people of a once prosperous country, where many now go without food and medicine amid a deep economic crisis.