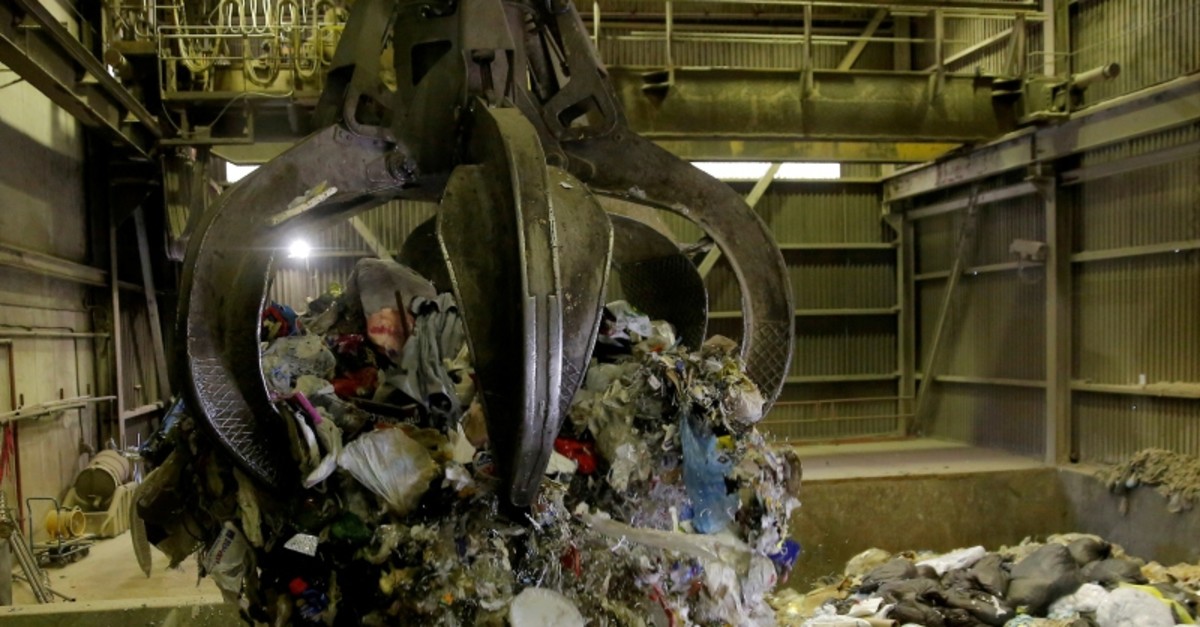 Garbage is dropped from a grappler into a hopper, where it will be fed into a combustion chamber and incinerated at the Vancouver Waste-To-Energy garbage facility where garbage shipped from the Philippines will be processed in Burnaby (Reuters Photo)
by French Press Agency - AFP
Jun 29, 2019 8:04 pm

Tons of Canadian garbage left in the Philippines for years arrived back home Saturday, putting an end to a festering diplomatic row that highlighted how Asian nations have grown tired of being the world's trash dump.

A cargo vessel loaded with about 69 containers of rubbish docked in a port on the outskirts of Vancouver, according to an AFP reporter at the scene.

The trash will be incinerated at a waste-to-energy facility, local officials said.

The conflict dates back to 2013 and 2014 when a Canadian company shipped containers mislabeled as recyclable plastics to the Philippines.

The shipment actually contained a mixture of paper, plastics, electronics and household waste, including kitchen trash and diapers, even though Philippine law prohibits imports of mixed plastics and household trash.

Some of the waste was disposed of in the Philippines, but much of it stewed in local ports for years.

The issue polluted bilateral relations for years, but tensions came to a head in April when Philippine President Rodrigo Duterte threatened to "declare war" against Canada unless it reclaimed the garbage.

Canada missed a May 15 deadline to repatriate the rubbish, but then made arrangements soon thereafter to move it back to Canadian soil.

Canada's Environment Minister Catherine McKenna told reporters on Thursday: "We committed with the Philippines and we're working closely with them."

Global concern over plastic pollution has been spurred by shocking images of waste-clogged rivers in Southeast Asia and accounts of dead sea creatures found with kilos of refuse in their stomachs.

For years, China had received the bulk of scrap plastic from around the world but closed its doors to foreign refuse last year in an effort to clean up its environment.

Huge quantities of waste plastic have since been redirected to Southeast Asia, including Malaysia, Indonesia and -- to a lesser degree -- the Philippines.

In November 2016, Canada amended its regulations on waste disposal to prevent incidents like the one with the Philippines.

Canadian exporters now need a permit to export hazardous waste and can only obtain it if the other country consents to the import, Jenn Gearey, a spokeswoman for the Canadian environment ministry, said via email.

Even so, challenges remain.

In May, Malaysian officials criticized Canada after a shipping container filled with contaminated plastic bags from major Canadian grocery chains was shipped to Kuala Lumpur by a private company.

Canada produces more waste per capita than other countries with comparable levels of economic development, ranging from the United States to Japan, according to a study by The Conference Board of Canada.

The majority of it ends up in landfills.

Environmental advocates argue that developed countries should stop exporting their trash and figure out how to handle it domestically.