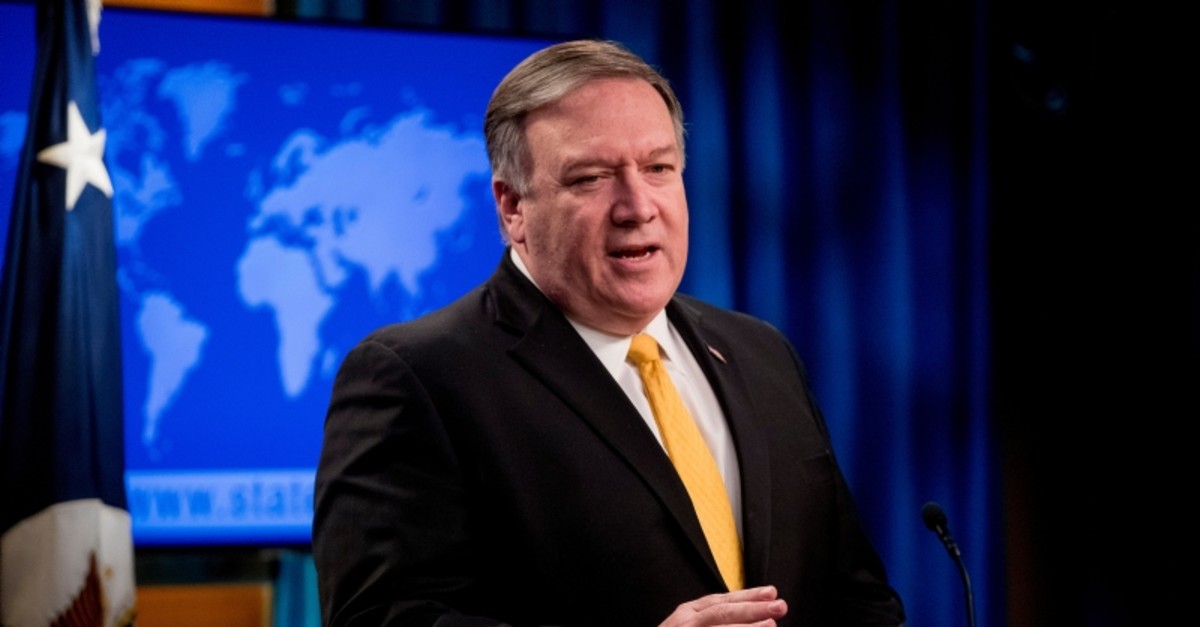 "Iran's latest expansion of its nuclear program will lead to further isolation and sanctions," the top U.S. diplomat said on Twitter.

Iran said earlier it was hours away from breaching the cap set by an endangered nuclear deal reached with international powers but from which the United States withdrew last year.

Iran also threatened to abandon more of its commitments unless a solution is found with parties to the landmark 2015 agreement.

The deal saw Iran commit not to acquire an atomic bomb, to accept drastic limits on its nuclear program and to submit to International Atomic Energy Agency inspections in exchange for a partial lifting of crippling international sanctions.

But U.S. President Donald Trump's unilateral withdrawal from the deal on May 8, 2018 -- and subsequent sanctions -- have deprived Iran of the economic benefits it expected and plunged it into recession.

"Nations should restore the long-standing standard of no enrichment for Iran's nuclear program. Iran's regime, armed with nuclear weapons, would pose an even greater danger to the world," Pompeo said.

Even after the U.S. pullout, experts said Iran had been complying with the agreement.

But Tehran, which has sought to pressure the remaining parties to save the deal, on May 8 announced it would no longer respect the limits set on its enriched uranium and heavy water stockpiles.

It also threatened to go further and abandon more nuclear commitments unless the remaining partners -- Britain, China, France, Germany and Russia -- help it to circumvent sanctions, especially to sell its oil.