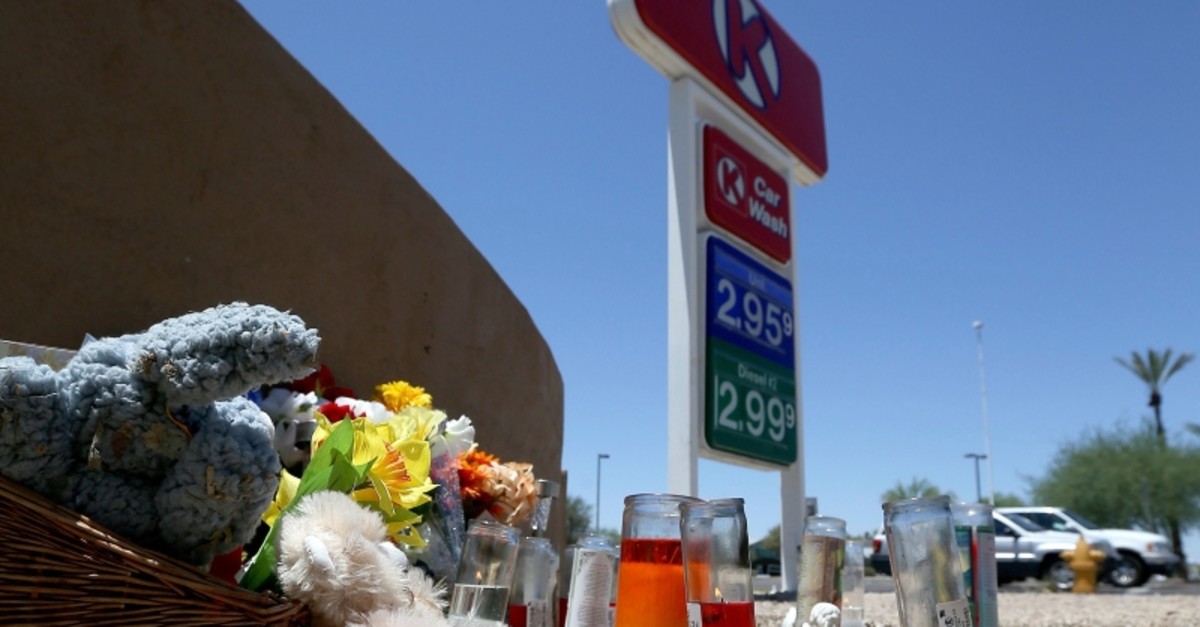 A makeshift memorial for Elijah Al-Amin is set up at a local Circle K store for the death of the stabbing victim Tuesday, July 9, 2019, in Peoria, Ariz.(AP Photo)
by Compiled from Wire Services Jul 10, 2019 10:55 am

A 17-year-old Muslim boy was killed at a suburban Arizona convenience store by a white man who said he was threatened by the boy's rap music.

Peoria police arrested 27-year-old Michael Adams on suspicion of first-degree murder in the killing early Thursday. Adams was walking nearby with a pocket knife and blood on parts of his body and he was released from prison two days before the stabbing.

He was scheduled to make an initial court appearance on July 15. 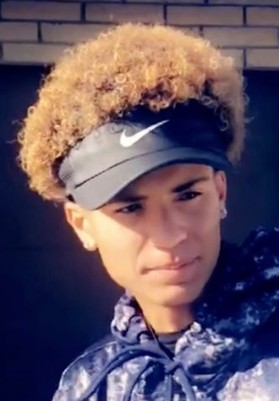 According to a probable cause statement filed by a Peoria Police detective, a witness at the Circle K convenience store said that Adams walked up behind Al-Amin as he stood by a soda machine, grabbed him by the neck and stabbed him without provocation.

A second witness said that he saw the suspect slit Al-Amin's throat, the police detective said in his report. Surveillance footage captured the attack, after which the teen can be seen running from the store, bleeding profusely, before he collapses.

According to the statement, Adams confessed to stabbing Al-Amin and said that he had done so because the victim's rap music made him feel unsafe.

Maricopa County prosecutors said that under Arizona law the stabbing could be considered a hate crime for sentencing purposes if Adams were convicted, which would be decided later.