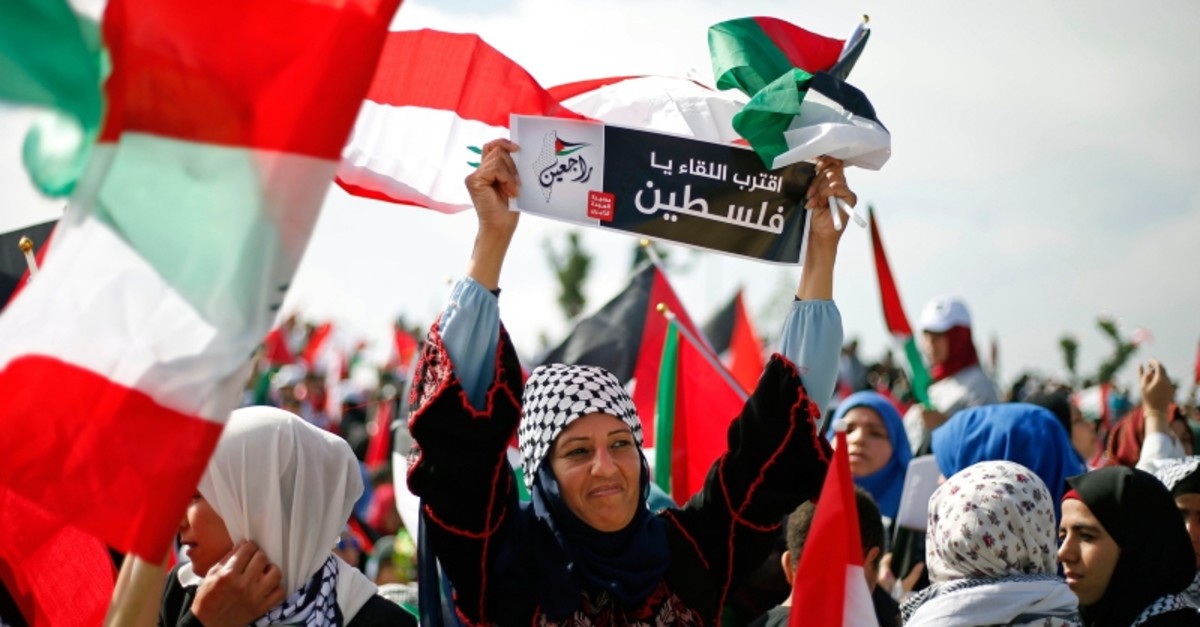 A Palestinian woman living in Lebanon holds a placard with Arabic that reads, ,We will meet soon Palestine, we will return,, during a rally to mark the 70th anniversary of what Palestinians call their ,nakba, (AP File Photo)
by Jul 10, 2019 8:22 pm

The Palestinian Journalists Syndicate (PJS) said Wednesday that it rejects an invitation by the United States to the White House.

The statement by the journalists backs the position of Palestinian leaders who boycotted the US-led economic workshop in Bahrain last month, which sought to encourage investment in the Palestinian territories.

The conference was part of a wider initiative to resolve the Israeli-Palestinian conflict. The Palestinians argued that political issues must be tackled before economic ones.

The statement by the journalists' syndicate follows comments made Sunday by US special envoy to the Middle East Jason Greenblatt to Palestinian daily newspaper Al-Ayyam.

He said he wants to get feedback about the Bahrain workshop and sought to invite ordinary Palestinians and journalists to the White House or somewhere neutral so that the US team could make its presentation directly to the Palestinian media, which in turn could explain the plan to the public.

The union called on all Palestinian journalists to reject the invitation.

The US economic plan is the first portion of the so-called "Deal of the Century," a long-awaited White House initiative for Middle Eastern peace led by President Donald Trump's adviser and son-in-law Jared Kushner and Greenblatt.

The Trump administration has upended decades of US policy towards the Israeli-Palestinian conflict, including moving the US embassy to Jerusalem and cutting aid to the Palestinians.