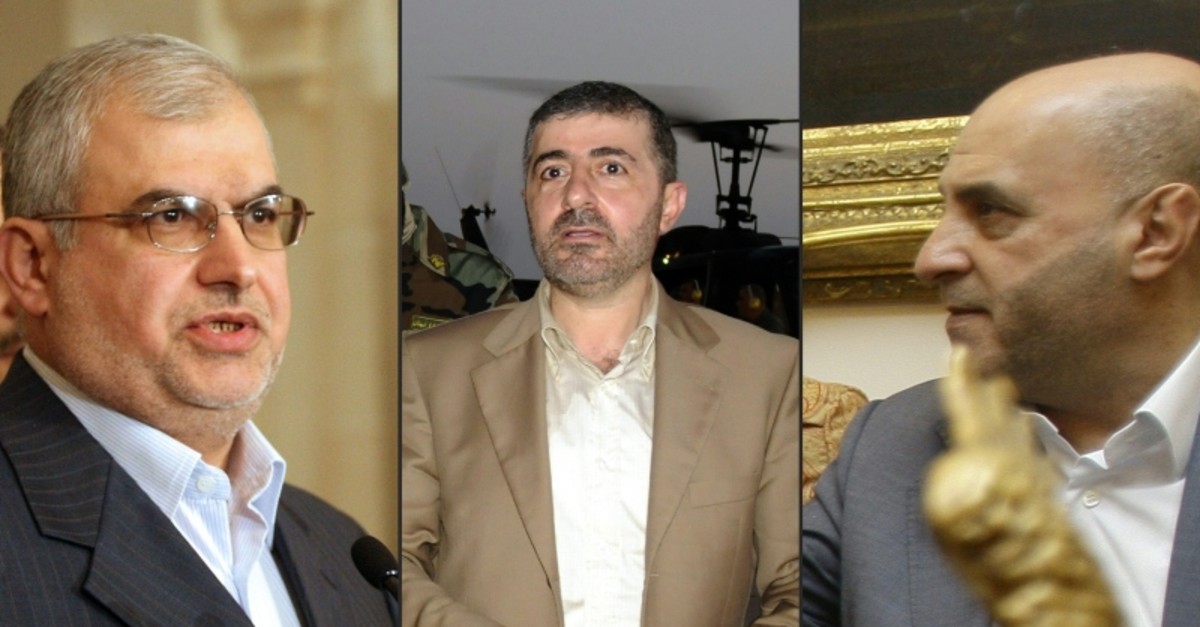 The Treasury Department on Tuesday targeted a Hezbollah security official and two members of Lebanon's parliament suspected of using their positions to further the aims of the Tehran-backed militia and "bolster Iran's malign activities."

It's the first time that the U.S. has targeted lawmakers currently seated in Lebanon's parliament. Trump administration officials said Treasury's action makes clear that there is no dividing line between Hezbollah's political and militant wings.

The U.S. designated lawmakers Amin Sherri and Mohammad Raad as well as Hezbollah security official Wafiq Safa under a U.S. executive order, which targets terrorists and those providing support to terrorists or acts of terrorism.

"Any distinction between Hezbollah's political and military wings is artificial," he said. "We call on our allies and partners to designate Hezbollah in its entirety as a terrorist organization."

"Hezbollah uses its operatives in Lebanon's parliament to manipulate institutions in support of the terrorist group's financial and security interests, and to bolster Iran's malign activities," said Sigal Mandelker, undersecretary for terrorism and financial intelligence.

Lebanon's finance minister, Ali Hassan Khalil, denounced the sanctions and said they did nothing to foster financial stability in the country. "There is no justification whatsoever for escalating these sanctions," he tweeted.

Hezbollah lawmaker Ali Fayyad described the U.S. move as "an insult for all the Lebanese people." He told reporters the Lebanese government must take a stand against the sanctions because they infringe on Lebanese sovereignty.

Hezbollah, whose Arabic name translates into "Party of God," was established by Iran's Revolutionary Guard during Lebanon's civil war in the 1980s. Today, it is among the most effective armed groups in the region, extending Iran's influence to Israel's doorstep. At home, the group's power exceeds that of the Lebanese armed forces, and along with its allies Hezbollah has more power than ever in the parliament and government.

The Treasury Department alleges that Sherri has used his influence to pressure financial institutions to help Hezbollah limit the impact of U.S. sanctions. Sherri threatened Lebanese bank officials and their family members after the bank froze the accounts of a Hezbollah member already sanctioned by the U.S., according to a statement issued by the department. Sherri also has ties to Gen. Qassem Soleimani, the leader of Iran's elite Quds Force and the architect of Tehran's regional strategy.

Raad, the other lawmaker sanctioned, was elected to Hezbollah's Shura Council in 2009 and is part of Hezbollah leader Hassan Nasrallah's inner circle. He also is the leader of the Hezbollah lawmakers' bloc, which works in the parliament to carry out the group's agenda.

The Treasury said that in 2017, Raad met with Hezbollah businessmen Adham Tabaja and Husayn Ali Fa'ur, who was sanctioned by the U.S. in 2015, to make sure the group's avenues of funding would remain open despite sanctions. Raad and Safa maintained a list of a hundred Hezbollah members who were to acquire foreign passports so they could be sent on long-term missions to Arab and Western countries, the department said.

Since 1987, Safa has been responsible for Hezbollah's coordination with the international community and with Lebanese security agencies. Treasury officials alleged that he exploited Lebanon's ports and border crossings to smuggle contraband, including illegal drugs and weapons, and facilitate travel for members of the group.

Tuesday's action blocks any property or interests in property that the three have within U.S. jurisdiction. It also bans Americans from engaging in transactions with them and prohibits transactions involving the three from moving through the United States.

Pompeo tied the action to the U.S. "maximum pressure" campaign against Iran and its "proxies" in the Middle East, including Hezbollah, which Washington has officially designated a "terrorist group."

A senior administration official who insisted on anonymity Tuesday would not confirm any plan to blacklist Zarif, who was crucial in achieving the landmark 2015 nuclear deal.

"We are obviously exploring... various avenues for additional sanctions on Tehran. Obviously Foreign Minister Zarif is a figure of key interest," she said.