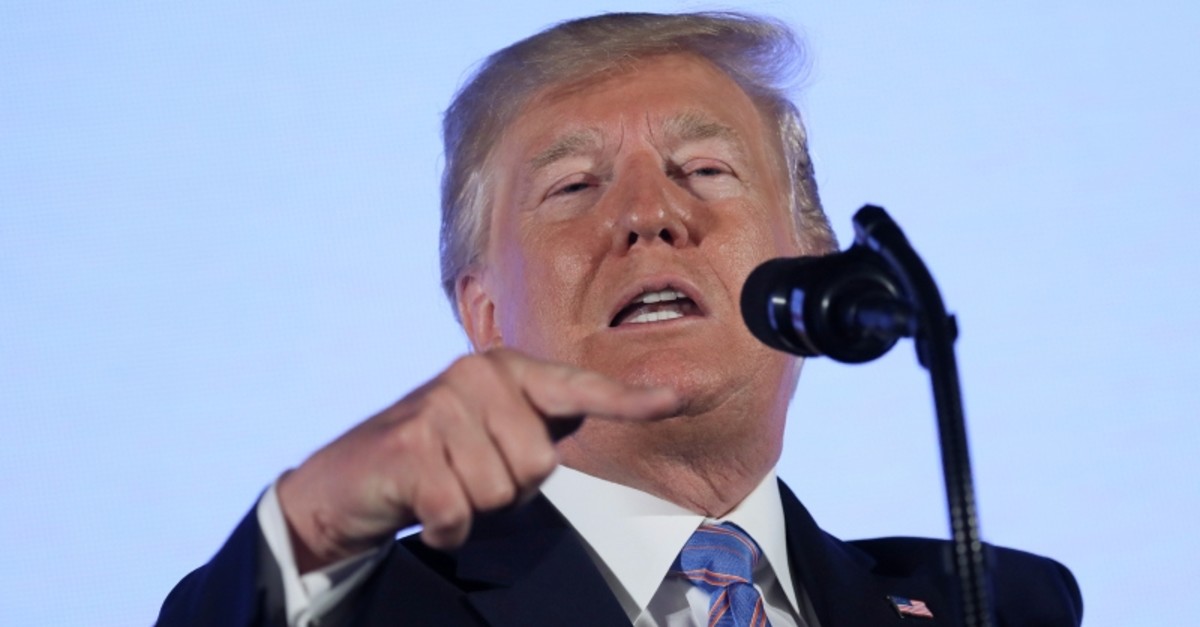 President Donald Trump is lashing out at another member of the "squad" of Democratic congresswomen of color as he addresses Turning Point USA's Teen Student Action Summit.

Trump criticized Rep. Rashida Tlaib of Michigan at the conservative youth gathering Tuesday, saying, "There's no way she stands for the values of the people of Michigan." He also called her "vicious" and "a crazed lunatic."

Trump has been engaged in a back-and-forth with the women, following racist tweets he fired off suggesting they return to their countries, though all are American citizens and all but one born in the U.S.

Turning Point USA describes itself as a youth organization dedicated to educating and training and students "to promote the principles of freedom, free markets, and limited government."