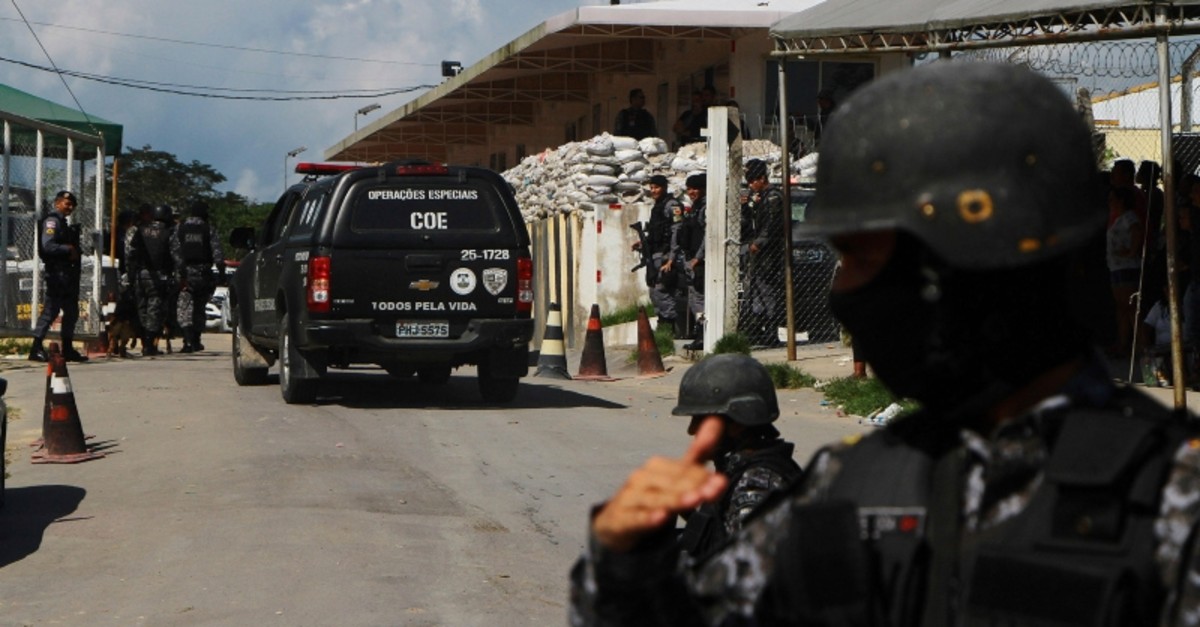 Police guard the entrance to the Anisio Jobim Prison Complex after a deadly riot erupted among inmates in Manaus in the northern state of Amazonas, Brazil, Sunday, May 26, 2019. (AP File Photo)
by Jul 29, 2019 7:55 pm

One of the gangs entered an area where members of the other gang were being held in Altamira prison in Para state, website G1 quoted penitentiary authorities as saying.

Fifty-two people were killed, including 16 who were decapitated, reports said. Some of the victims died from suffocation after part of the premises was set on fire.

Two prison guards were taken as hostages, but later released.

Brazil's most recent prison massacre occurred in May, when 55 people were killed in a penitentiary in Amazonas state.