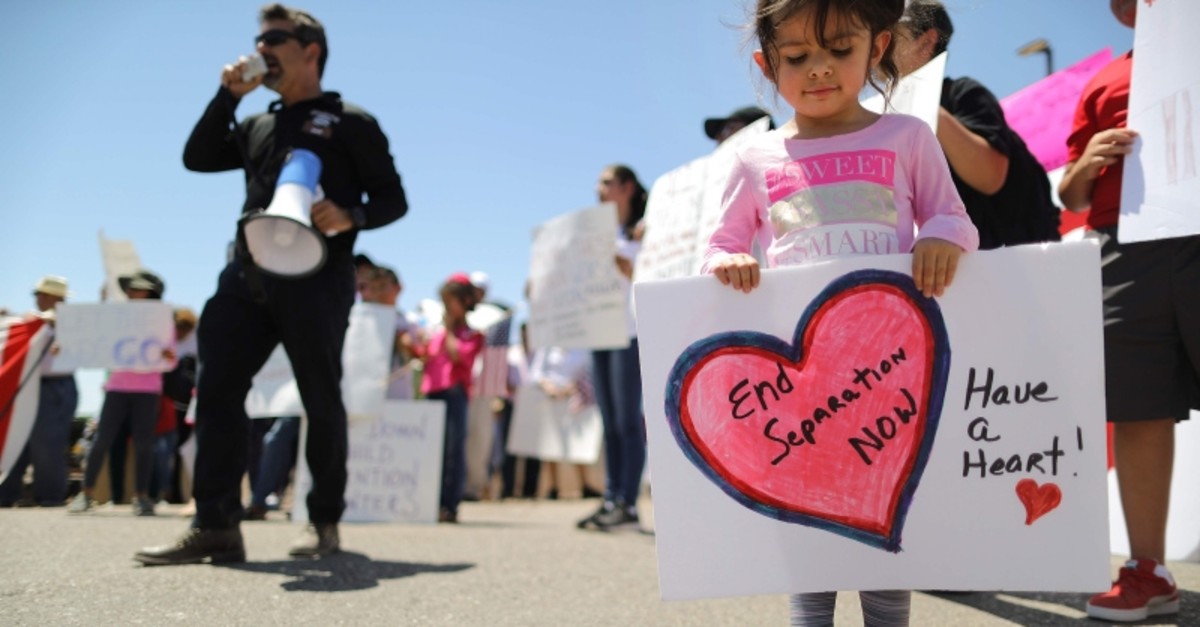 In this file photo taken on June 27, 2019 protesters demonstrate in front of the US Border Patrol facility where lawyers reported that detained migrant children were held unbathed and hungry in Clint, Texas. (AFP Photo)
by Anadolu Agency Aug 26, 2019 9:51 pm

Nineteen states and the District of Columbia filed suit Monday against U.S. President Donald Trump after he moved to end limits on how many days migrant children can be held in federal custody.

The Attorneys General of California and Massachusetts are leading the suit seeking to undo the Trump administration's efforts to undermine the key provision of a 1997 court settlement that restricts the time an immigrant child can be held in custody to 20 days.

"This new Trump rule callously puts at risk the safety and well-being of children. It undermines a decades-old agreement reached in court by the federal government to prevent the unlawful detention of immigrant children," California Attorney General Xavier Becerra said in a statement.

The Trump administration has long sought to end the Flores Agreement and moved in September 2018 to take similar action to remove the limit.

Children had been released with their parents while immigration court cases ran their course under prior practice, which Trump has pejoratively called "catch and release." His administration tried to circumvent the rule in 2018 by separating parents from their children and placing them in the care of Health and Human Services.

Trump reversed course amid widespread outcry but not before more than 2,500 children were separated from their families.

Under the new rule, announced by acting Homeland Security Director Kevin McAleenan, migrant families would be held together at "family residential centers" indefinitely.

McAleenan acknowledged in rolling out the new rule that it will face legal opposition, saying there will "obviously" be litigation. But he contended the Flores Agreement is "operationally outdated" and sought to frame the holding centers as "campus-like" settings.

The states are alleging, however, that the centers have historically caused children to undergo increased trauma, and prolonged detention will cause significant negative long-term health effects on them.