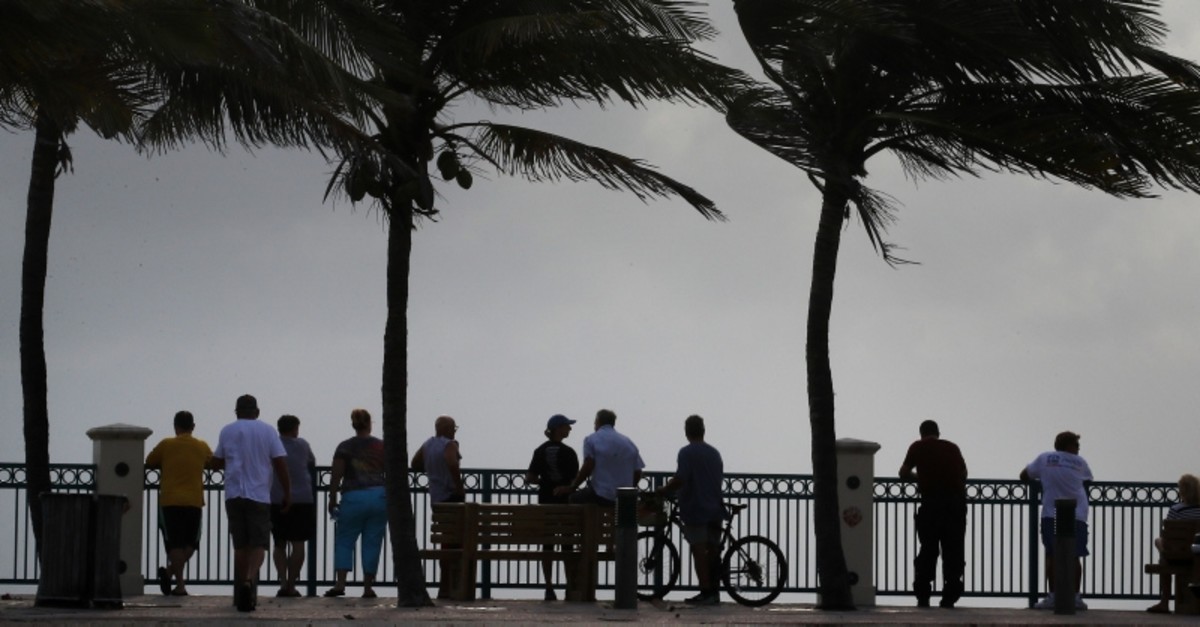 Monster storm Dorian stalked across the Bahamas Monday as surging seawaters and ferocious winds sowed chaos in low-lying island communities, claiming at least one life and spurring mass evacuations on the US east coast.

Bahamas Prime Minister Hubert Minnis said the devastation was "unprecedented" in the Abaco Islands, which received the full brunt of Dorian as it came ashore Sunday as the most powerful storm ever to hit the archipelago.

"Our focus right now is rescue, recovery and prayer," Minnis said on Twitter.

The government confirmed at least one fatality in the Abacos, but the storm's toll was still untallied more than 24 hours after it made landfall as a Category 5 packing blistering winds of 290 kph (185 mph).

With Dorian still pummeling Grand Bahama further to the west of the island chain, the Bahamas tourism and aviation ministry announced the start of rescue operations "in parts where it is safe."

"We have reports of casualties, we have reports of bodies being seen. We cannot confirm those reports until we go out and look for ourselves," said Foreign Minister Darren Henfield, who represents North Abaco in the Bahamian parliament.

Abaco resident Ramond A. King captured scenes of desolation in footage provided to AFP, showing flooded streets strewn with trees and downed power lines and at least one home washed clearly away.

"Look at this," he can be heard saying. "We need help, everything down. Everything down. Look at my roof off, my house. I still got life. Thank God for life. I can rebuild."

"The tornado came from around this side... My neighbor used to live there. His house ain't even there."

It was grinding its way westward at a speed of one mile per hour (2 kph), whipping the Caribbean island with sustained winds of 240 kph (150 mph).

"People who thought they were safe are now calling for help," Rigby said. "My best friend's husband is stuck in the roof of their house with 7 ft water below."

Initial Red Cross estimates were that 13,000 buildings may have been damaged or destroyed by Dorian, officials in Geneva said.

Video posted on the website of the Bahamian newspaper Tribune 242 showed water up to the roofs of wooden houses in what appeared to be a coastal town. Capsized boats floated in muddy brown water dotted with wooden boards, tree branches and other debris.

The Miami-based National Hurricane Center forecast an 18 to 23 foot storm surge above tide levels in parts of Grand Bahama, accompanied by large and destructive waves.

Water levels in the Abacos, swamped by a similar surge Sunday, were expected to slowly subside.

"On this track, the core of extremely dangerous Hurricane Dorian will continue to pound Grand Bahama Island through much of today and tonight," the NHC said.

All three eastern US states have ordered coastal residents to evacuate, affecting close to a million people. Neighboring North Carolina has also declared a state of emergency.

"It makes me sick. I don't like it," he told AFP as he stepped outside for air before the storm closes in.

"I've been through seven or eight of them since I've been in Florida, since '73. And, they're all the same, you know. Tear everything up, put it back together.

"But, I chose to live here so I might as well live with it, you know."