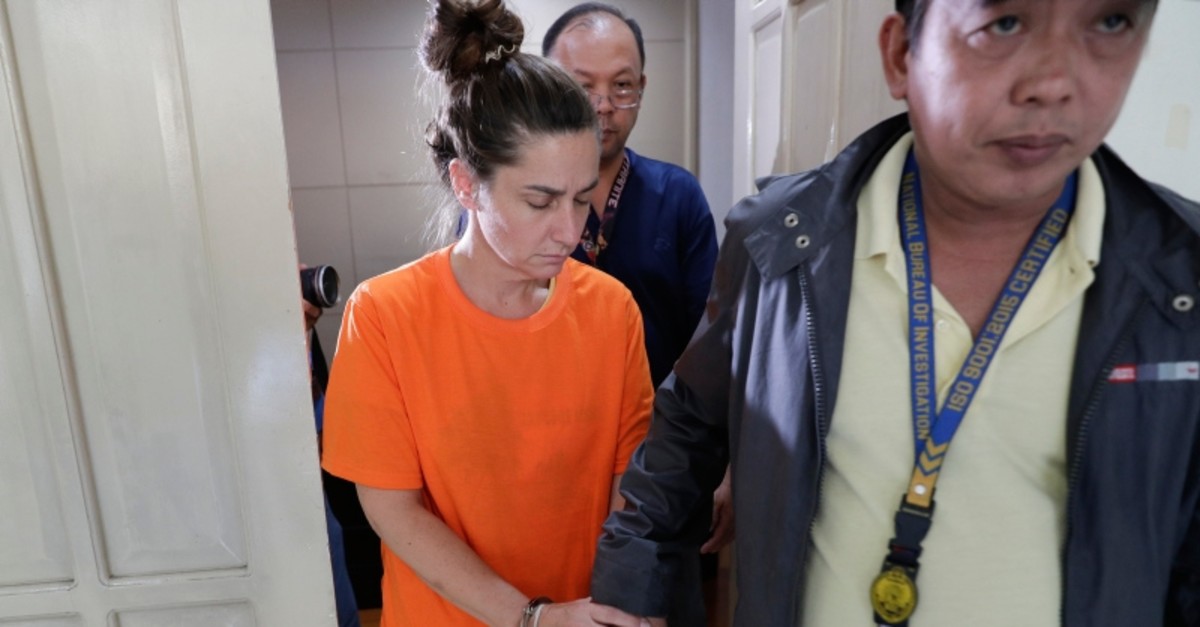 American Jennifer Erin Talbot from Ohio is escorted after a news conference by the National Bureau of Investigation (NBI) in Manila, Philippines on Thursday, Sept. 5, 2019 (AP Photo)
by Compiled from Wire Services Sep 06, 2019 9:41 pm

Philippine authorities have charged an American woman with human trafficking after she was caught at Manila airport allegedly trying to sneak a week-old baby boy out of the country.

The Philippine officials said Jennifer Erin Talbot was able to pass through the airport immigration counter on Wednesday without declaring the baby boy but was intercepted at the boarding gate by airline personnel.

Talbot was unable to produce any passport, boarding pass or government permits for the baby, airport officials said.

Property records obtained Thursday show Talbot owns a home in a suburb of Salt Lake City, and she got a traffic citation there in March. People answering the door in Sandy, Utah, declined to comment to The Associated Press.

Wearing an orange detainee shirt and handcuffs, Talbot, 43, was presented to reporters in Manila on Thursday. She kept her head low and wiped her tears at times. When reporters asked her to comment, Talbot shook her head.

Talbot had planned to board a Delta Air Lines flight to the United States with the baby, airport officials said.

"There was really an intention to hide the baby," immigration official Grifton Medina said by telephone.

After discovering the baby, airline staff called immigration personnel, who arrested Talbot at the airport. She was later handed over to the National Bureau of Investigation and the baby was turned over to government welfare personnel.

The NBI said Talbot presented an affidavit at the airport, allegedly from the baby's mother, identified as Maricris Dulap, giving consent for the baby to travel to the U.S., but it had not been signed by the mother.

Officials said no government travel approval had been issued for the baby, prompting them to file human trafficking charges against Talbot. The charges carry a maximum penalty of life imprisonment. Talbot also violated at least two other laws on child abuse, kidnapping and illegal detention, the NBI said.

U.S. Embassy officials were notified of Talbot's arrest and told Philippine authorities that she has no criminal record in the U.S., NBI official Manuel Dimaano said.

Dimaano said Dulap gave her baby to Talbot in southern Davao city. He said investigators will try to determine how Talbot brought the baby out of Davao, which requires a city clearance for infants to be transported by a foreigner.

The baby's parents have been charged under a child protection law but have not been placed under arrest, although the mother has been interviewed by social welfare officers, Dimaano said.

He said Dulap told the officers that she wanted to offer her baby for adoption, and there was no indication that she had sold the baby.

Dimaano said when he and other officials asked Talbot what she intended to do with the baby, she replied that she just wanted to give it "a name and a church blessing."