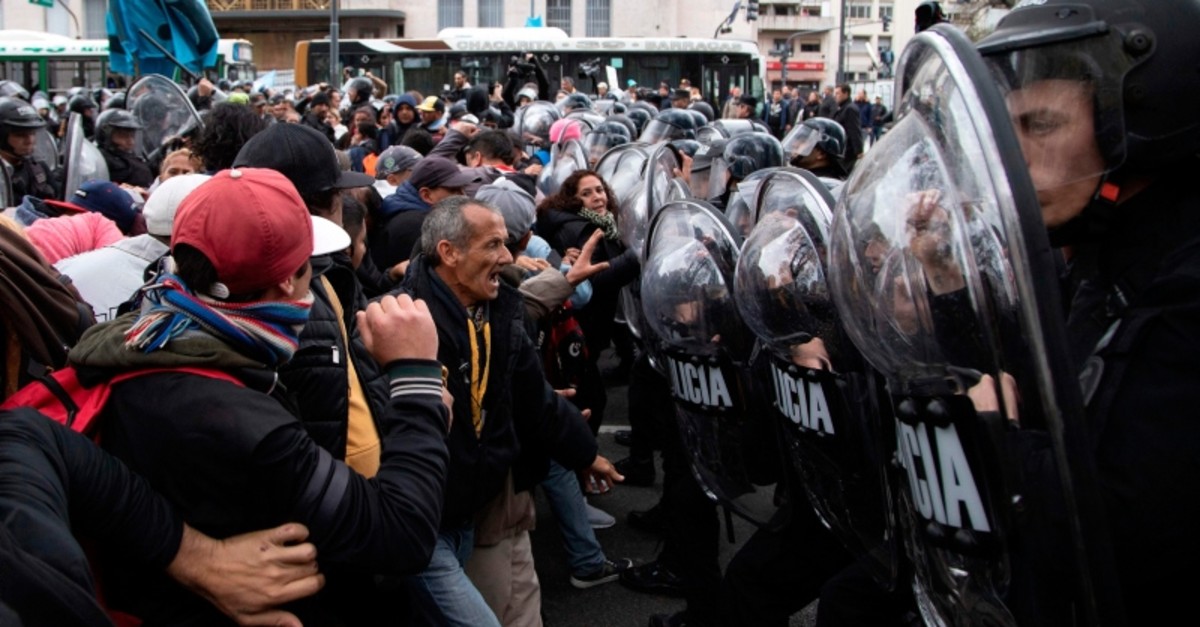 The demonstrators, who plan to camp for 48 hours in the heart of the city, say rampant inflation has left many of the poorest Argentines struggling to buy food.

"Argentina is devastated by inaction, hunger, and poverty, and we demand answers that live up to the situation," organizer Eduardo Belliboni said. "We want social programs, we want to increase allocations for existing programs and increase food rations in schools," he added.

Clashes broke out with police as demonstrators tried to block public transport networks.

On Thursday, Argentines lawmakers will consider a "food emergency" bill, presented by the opposition, that would allow more funds to be allocated to manage the increasingly desperate situation.

But President Mauricio Macri's center-right government is opposed to the proposal, saying that it has already taken other emergency measures — such as the elimination of basic food taxes.

The country has been in a recession since last year, and has one of the highest inflation rates in the world, running at more than 54 percent.

Argentina's economic crisis has seen the peso lose half its value, unemployment soar and the economy shrink by 5.8 percent in the first quarter. Argentines have seen their earnings, savings and purchasing power diminished.

It is among the Latin American countries where hunger increased most during 2018, according to the U.N.'s Food and Agriculture Organization, and seeing families begging on the streets of the capital has become usual.

The country's economic woes intensified after shock primary elections in August saw Macri suffer a crushing defeat, sending markets into a tailspin and leading the government to impose foreign-exchange controls and request a rescheduling of its debt.

The results indicate that Macri's bid for reelection next month now appears in serious jeopardy.