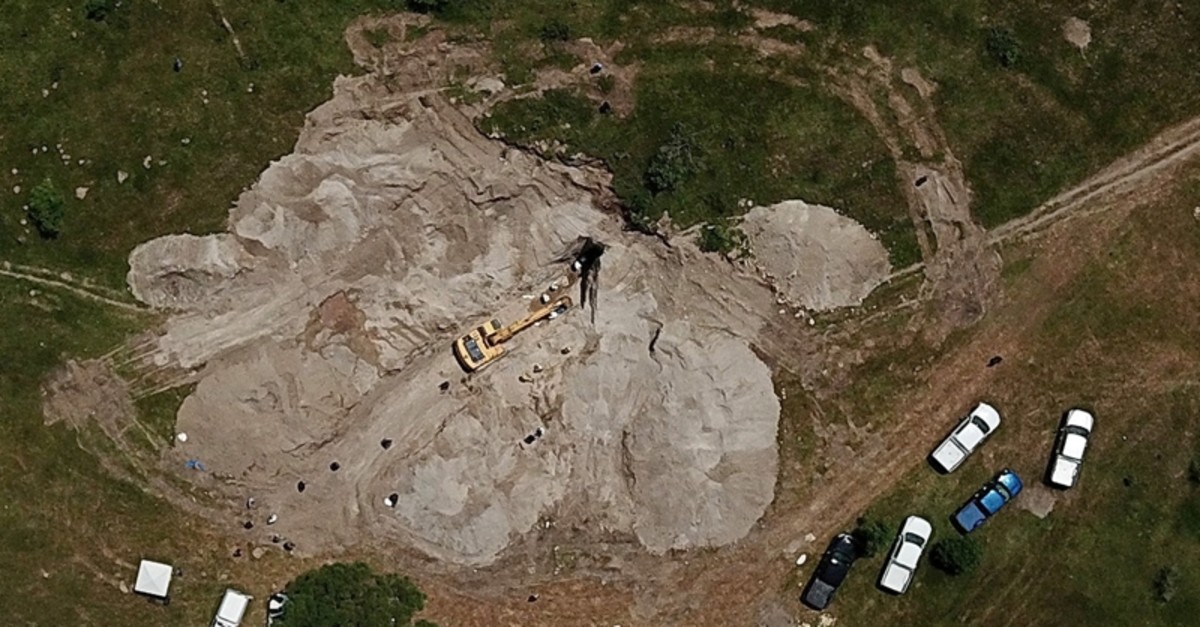 Aerial view of the zone where forensic experts are working using an excavator to dig in an old 30-meter well turned into a mass grave in the community u201cLa Primaverau201d in Zapopan, near Guadalajara, state of Jalisco Mexico, on September 10, 2019. (AFP)
by Sep 17, 2019 10:14 pm

Mexican forensics experts have found at least 29 bodies stuffed in 119 plastic bags that were dumped in the bottom of a well outside the western city of Guadalajara, officials said Tuesday.

Experts have been working to establish how many victims are in the mass grave since it was discovered earlier this month in a remote area known as La Primavera, about a 45-minute drive outside Guadalajara, Mexico's second city.

"We have 13 complete corpses and 16 incomplete, for a total of 29 bodies," said Gerardo Solis, chief prosecutor for the state of Jalisco, which has been hit by a wave of violence in recent years driven by drug cartel turf wars.

Officials told a news conference the total could rise as experts continue analyzing the remains.

"Different body parts are being examined by forensic anthropologists and analysts to determine to what extent the number is going to increase," said the state's special prosecutor for missing persons cases, Blanca Trujillo.

Twenty-seven of the victims are men and two are women, Trujillo said.

Authorities have so far identified four of them.

All four had been reported missing by their families. Three had criminal records, Trujillo said.

Forensics experts have been working the site with the help of trained dogs and heavy machinery since it was discovered on September 3. The well measures more than five meters (16 feet) deep.

Another mass grave was discovered nearby in May, with 30 bodies inside.

More than 3,000 unmarked graves with nearly 5,000 bodies have been found in Mexico since the government deployed the military to fight the country's powerful drug cartels in 2006.

Since the controversial military operation was launched, more than 250,000 people have been murdered in the country, a wave of violence many experts blame on fragmented cartels waging war on the army and each other.

Another 40,000 people are missing in Mexico.

Jalisco, home to the violent Jalisco New Generation Cartel, has been among the states hit hardest.

The government deployed 1,400 army reinforcements to Jalisco in March, and four months later another 1,800 members of the National Guard, a newly created force at the heart of leftist President Andres Manuel Lopez Obrador's strategy to contain the violence.