US Coast Guard seizes 5 tons of cocaine from submarine 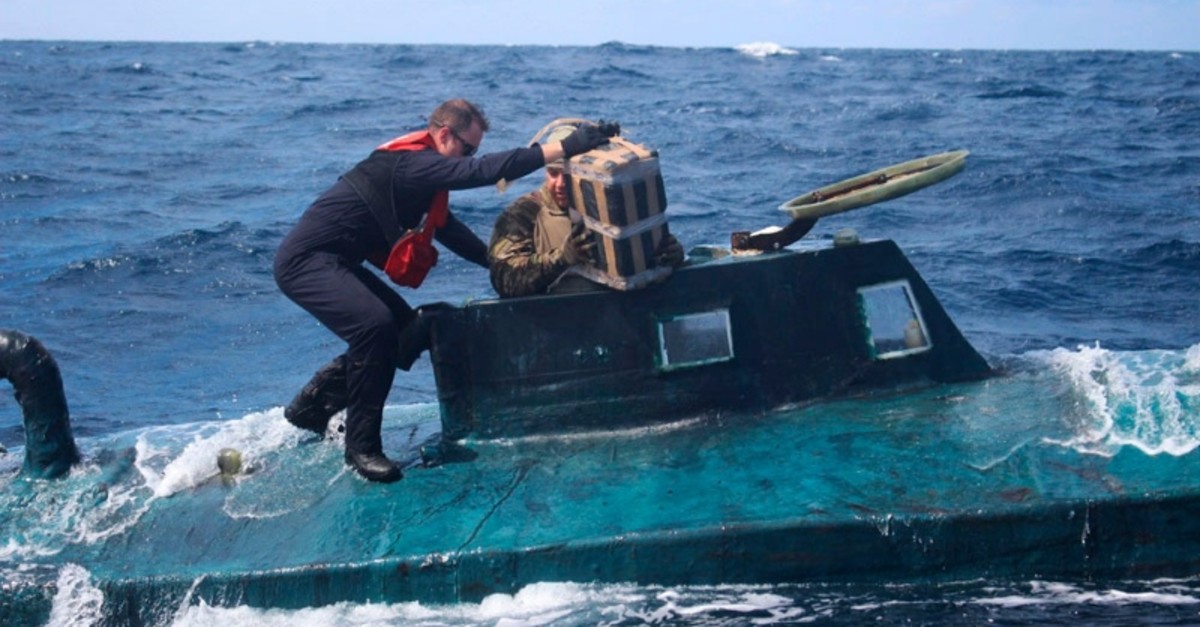 In this September 2019 photo made available by the U.S. Coast Guard, shows crew members of the cutter Valiant as they board a self-propelled semi-submersible in international waters. (AP Photo)
by Sep 26, 2019 1:08 am

A homemade submarine carrying more than five tons of cocaine was intercepted in the Pacific Ocean off the coast of South America, the U.S. Coast Guard said.

The 39-foot-long (12 meter) vessel had previously been detected by maritime surveillance, according to a statement published Tuesday.

The Coast Guard boarded the self-propelled submersible on Sept. 1 in international waters with the aid of the Colombian navy, the statement added.

On board, the Coast Guard discovered about 5.4 tons of cocaine, with a market value of more than $165 million.

Four suspected drug smugglers were arrested during the operation.

Along with planes and swift boats, South American drug cartels -- particularly from Colombia -- use somewhat rudimentary submarines to transport drugs to Mexico and on to the United States.

In July, the U.S. Coast Guard announced the seizure of 13 tons of cocaine from multiple operations throughout Latin America.