Trump had 'meltdown' in meeting with Congress on Daesh fight, Syria, Pelosi says 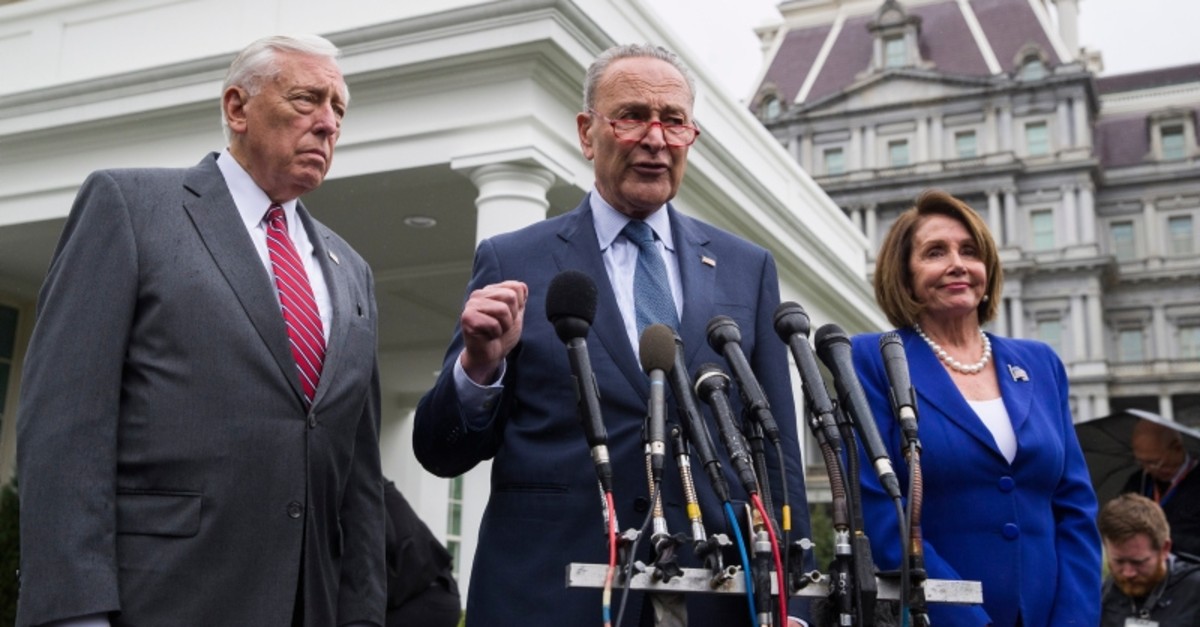 "What we witnessed on the part of the president was a meltdown. Sad to say," Pelosi told reporters as she and the other Democrats emerged from the White House.

The Democratic leader said Trump had a temper tantrum because of the number of Republicans who joined Democrats to vote for a resolution condemning the president's decision to withdraw U.S. forces from northeastern Syria, clearing the way for Turkey's offensive against U.S.-allied Syrian Kurds.

"I think that vote - the size of the vote, more than 2-1 of the Republicans voted to oppose what the president did - probably got to the president. Because he was shaken up by it," Pelosi said after emerging from the White House.

"And that's why we couldn't continue in the meeting because he was just not relating to the reality of it."

Republican Minority Leader Kevin McCarthy came out of the building later and accused Pelosi of storming out of the meeting.

There was no immediate response from the White House.