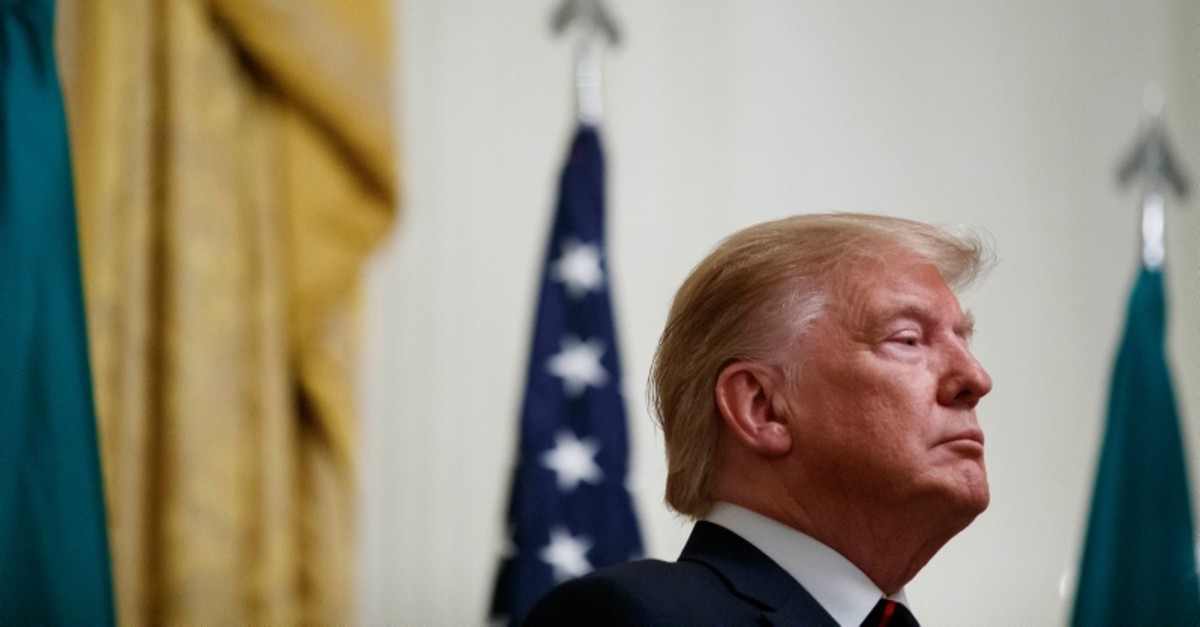 Trump posted the video on his Twitter account on Thursday with a caption reading “FAKE NEWS!”
Earlier on Sunday ABC News posted the video claiming that the Turkish army was attacking civilians during its anti-terror operation in northern Syria, when in fact the footage it used was from a 2017 military gun show in Kentucky, the U.S.

The shocking footage of explosions quickly attracted attention on social media, but soon after people started to question the video's authenticity.

The PKK — listed as a terrorist organization by Turkey, the U.S. and the European Union — has waged a terror campaign against Turkey for more than 30 years, resulting in the deaths of nearly 40,000 people, including women, children, and infants.