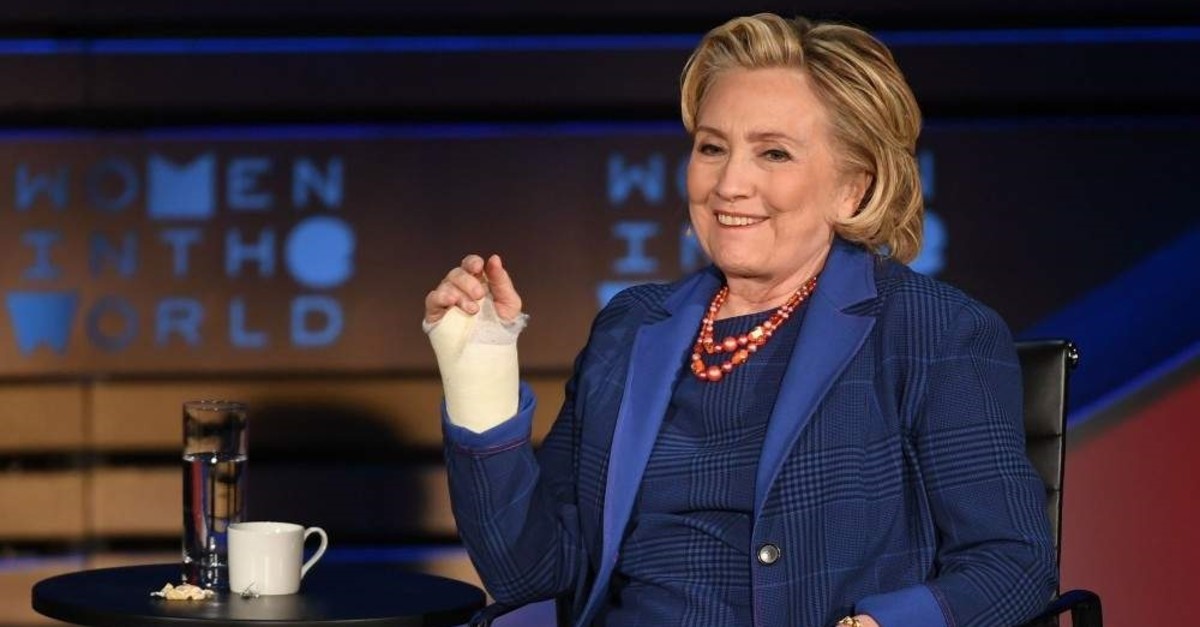 In this file photo taken on April 13, 2018, former Secretary of State Hillary Rodham Clinton speaks onstage at the Women of the World Summit in New York City. (AFP Photo)
by Daily Sabah with AFP Oct 21, 2019 11:36 am

"Don't be a dick, ok? Get your missiles out of Cuba," starts the letter, jokingly attributed to former President Kennedy.

"Everybody will say 'Yay! Khrushchev! You're the best!' But if you don't everybody will be like 'what an asshole' and call your garbage country 'The Soviet Bunion.'" The letter echoes the bizarre tone of Trump's Oct. 9 letter to Turkey’s President Recep Tayyip Erdoğan.

In the real letter, Trump threatens to destroy Turkey's economy as he tells Erdoğan to negotiate with a terrorist People's Protection Units (YPG) "general," who he says is "willing to make concessions" he has never made in the past.

"Don't be a tough guy, don't be a fool. I will call you later," Trump says at the end of the letter.

The joke letter from Kennedy to Khrushchev ends: "You're really busting my nuts here. Give you a jingle later," before signing off "Hugs, John Fitzgerald Kennedy." Clinton joked that the letter had been "found in the archives."
Trump's idiosyncratic communication style was also on display on Twitter Sunday when he misspelled the name of his Defense Secretary Mark Esper as "Esperanto" — the little-used universal language invented in 1887.

He corrected his error some hours later.