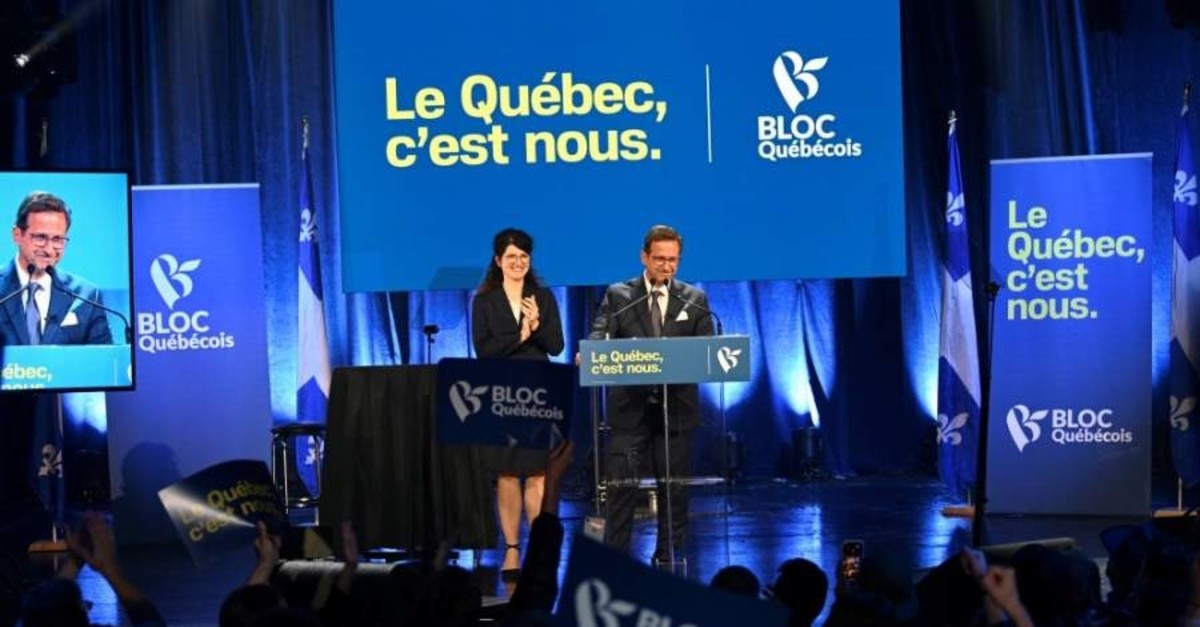 A Quebec separatist party reaped the rewards on Monday, mounting a remarkable comeback in Canada's election that deprived Prime Minister Justin Trudeau of a majority.

The Bloc Quebecois, revitalized under new leader Yves-Francois Blanchet, jumped to 32 seats from 10 seats in the predominantly French-speaking province, according to provisional results. Quebec accounts for 78 seats in the House of Commons, second only to Ontario. "We have come far but we will go further," Blanchet told jubilant supporters yesterday morning.

The ruling Liberals went into the election seeking to add 10 seats to the 40 they held in Quebec. But the Bloc's resurgence meant they lost seven, helping reduce Trudeau to a minority. Trudeau's Liberals will likely rely on the New Democrats to form a new government and pass legislation. Opposition New Democrat leader Jagmeet Singh said yesterday he had congratulated Trudeau and vowed to play a constructive role in Parliament.

Blanchet's party will not be a kingmaker in the new Parliament, however, since the Liberals look set to govern with the left-leaning New Democrats.

Surveys show support for Quebec independence is far below the levels it hit in 1995, when a referendum on breaking away from Canada only just failed. Blanchet has muted talk of separatism, positioning the Bloc as a party that wants to stand up for Quebec's interests and the French language in the federal Parliament in Ottawa rather than actively seeking to break up the country.