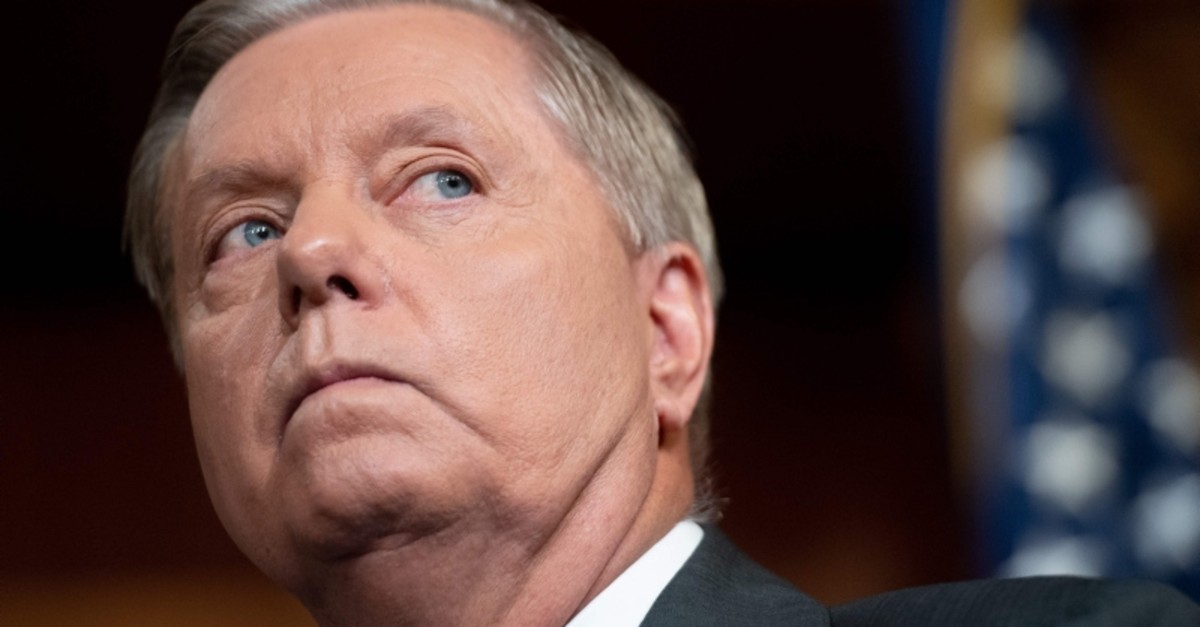 In this file photo taken on October 17, 2019 US Senator Lindsey Graham, Republican of South Carolina, speaks about sanctions against Turkey at the US Capitol in Washington, DC. (AFP Photo)
by Daily Sabah Oct 24, 2019 1:19 am

Susan Rice, who was the national security adviser during the administration of former U.S. President Barack Obama, called veteran senator Lindsey Graham a "piece of sh*t" on Wednesday during a podcast named "Pod Save the World."

According to a piece published on The Hill website, "You have to understand Benghazi to understand (President) Trump," said one of the show hosts, former Obama deputy adviser Ben Rhodes.

In recent weeks, Graham has come under fire for shifting his stance on Turkey's fight against terror groups in the area east of the Euphrates River in northern Syria.

At a news conference in Ankara in February, Graham told reporters that Obama "created a nightmare" for Turkey by arming elements of the People's Protection Units (YPG) that are "clearly tied to the PKK." He said he promised Turkish President Recep Tayyip Erdoğan he would try his best "to fix the problem" the U.S. created for Turkey.

However, despite earlier statements acknowledging Ankara's legitimate concerns over the PKK's Syrian affiliate, Graham earlier this month championed an effort to impose sanctions on NATO ally Turkey over its Operation Peace Spring against the YPG.