Runner in Ohio disqualified because she didn't have waiver for hijab 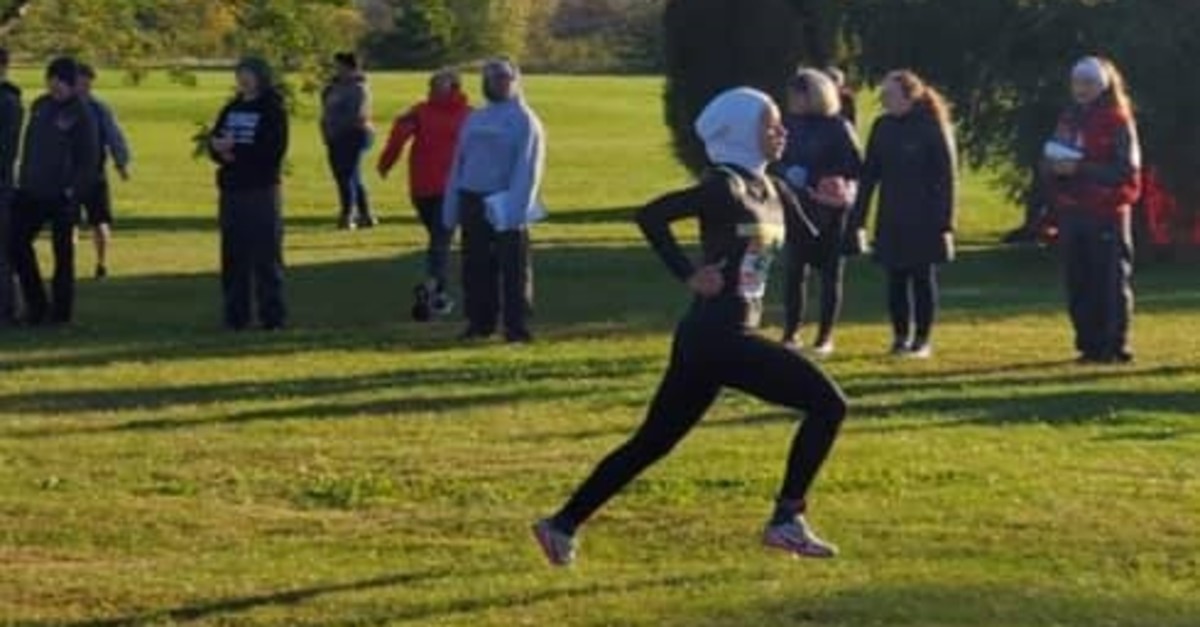 The association that oversees high school sports in Ohio said Thursday that it's considering changing its rules after a high school runner was disqualified from a cross country meet because she didn't have a waiver allowing her to wear a hijab.

Noor Abukaram said she felt humiliated after being disqualified last weekend following a race in which she posted her best time for the season.

"My heart dropped, I felt like something horrible had happened," she told WTOL-TV. "I think I was mostly embarrassed."

Her coach at Sylvania Northview High School told The Blade newspaper he made a mistake by not getting the waiver, but he didn't think it was needed because no one had raised the issue at her previous 10 races this year.

Abukaram, 16, said she was not upset with her coach, only the rule.

The Ohio High School Athletic Association's rulebook doesn't specifically mention hijabs but does ban most head coverings and caps. It also says anyone requiring an exception because of religious or other reasons must get a waiver.

The athletic association previously discussed dropping the waiver requirement for religious headwear, but the disqualification has now brought the issue to the forefront, said Tim Stried, a spokesman for the organization.

Any change to the rule likely would be in place by next season, he said.

Association officials have issued several waivers this fall and have never turned down such a request, Stried said. He also acknowledged that the rule isn't always fully enforced, including when it comes to wearing caps in cold weather.

Similar issues have come up in other states in recent years.

The Pennsylvania Interscholastic Athletic Association voted last year to drop its waiver requirement after a high school basketball player in Philadelphia was forced to leave a game because she was wearing a hijab.

Abukaram, meanwhile, obtained a waiver this week and will be able to run in the state regional meet this weekend.