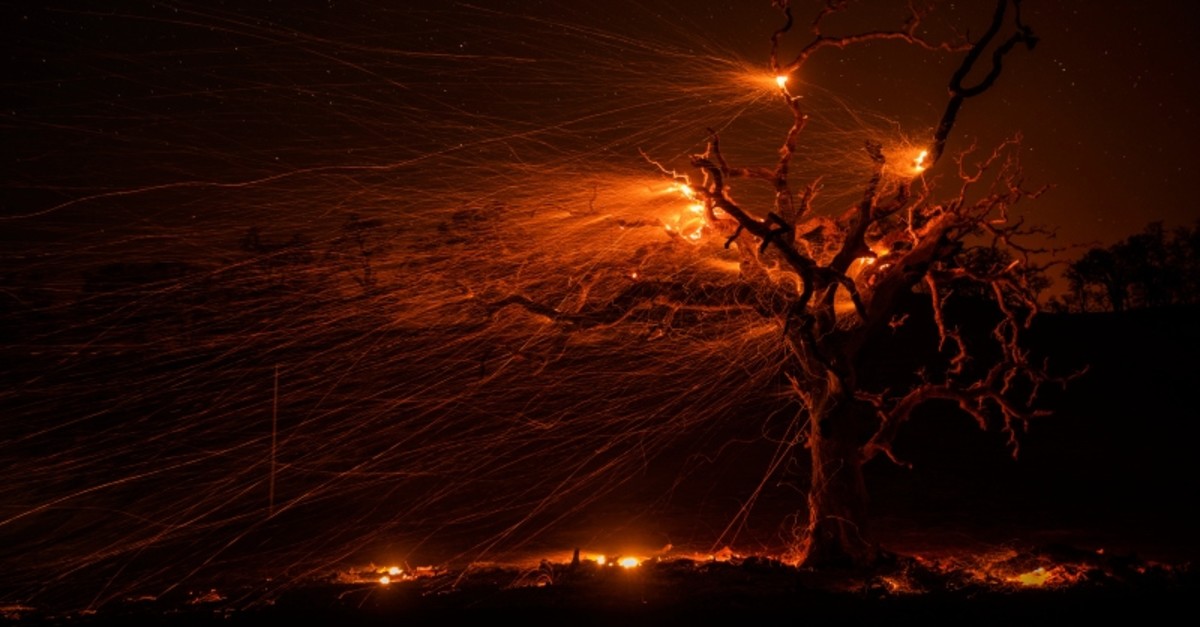 The National Weather Service (NWS) said winds could reach up to 80 miles per hour (128 kilometers per hour) through Thursday. The wind speed is as strong as that of a category-1 hurricane.

Officials are concerned that gusts could spread the fires by blowing embers into other areas. Power has been cut to about 1 million homes to prevent downed wires starting more fires in the dry conditions.

Thousands of firefighters are battling the blazes, including two large fires which have caused mandatory evacuations. The Kincade fire is north of San Francisco in Sonoma County and the other large fire is the Getty fire burning in southern California near Los Angeles.

The Kincade fire, which broke out last week in California's wine-producing area, is about 30 per cent contained, up from 15 percent on Tuesday, the California Department of Forestry and Fire Protection said.

The Getty fire, which broke out Monday night, has prompted the evacuation of more than 7,000 homes. Officials said the fire was 27 percent contained on Wednesday morning.

A new brush fire broke out Wednesday in Ventura County north of Los Angeles and threatened the Ronald Reagan Presidential Library and Museum.

Firefighting aircraft made attack after attack on a wildfire menacing California's Ronald Reagan presidential library on Wednesday, as flames encircled memorabilia including a former Air Force One airplane and a piece of the Berlin Wall, Reuters video showed.

Wind gusts of up to 50 miles per hour (80 kph) drove flames around a massive hangar housing the Boeing 707 aircraft used by the former president as helicopters showered down water.

Helicopters dropped water about every two minutes and firefighters coped with thick acrid smoke as they fought to save the site that honors the Republican president who led the United States during the final years of the Cold War.

The library stores Reagan's key papers as well as memorabilia including a Ford Mustang driven by the late president and his late wife, Nancy Reagan.

However, despite flames near the structure, spokeswoman Melissa Giller told Fox News the hilltop museum was safe.