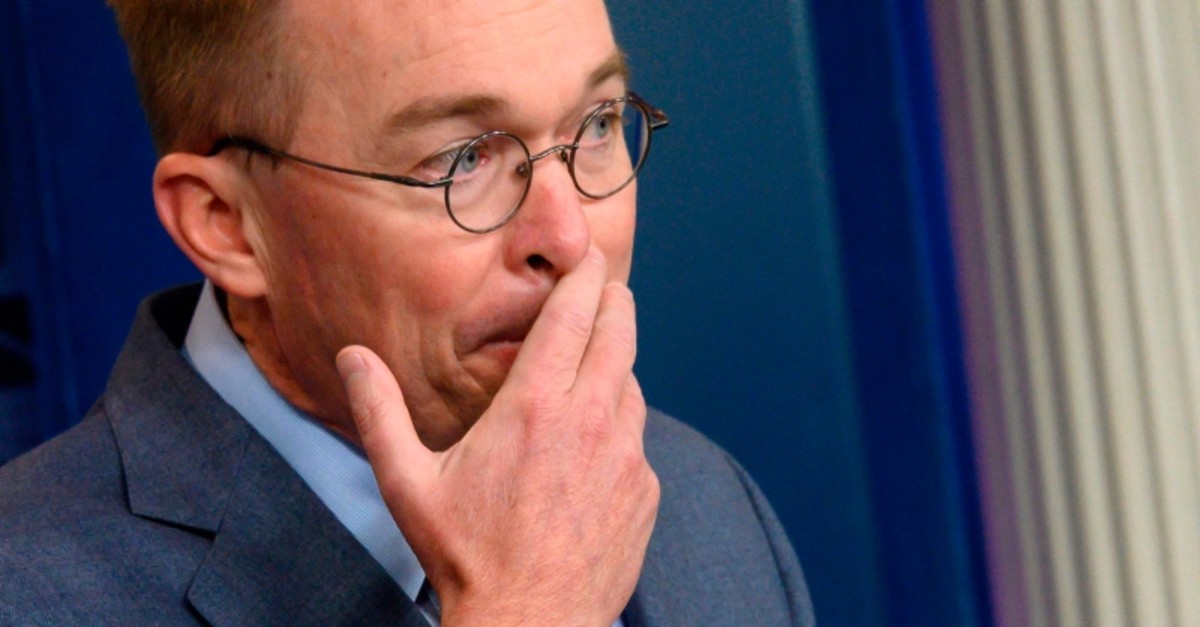 In this file photo taken on October 17, 2019 White House Acting Chief of Staff Mick Mulvaney speaks during a press briefing at the White House in Washington, DC. (AFP Photo)
by Nov 05, 2019 10:08 pm

Mulvaney is the latest administration official to be ordered to testify with the impeachment probe closing in around those nearest the president as it proceeds into a new public phase, in which transcripts of closed-door testimony are being released.

Mulvaney is the highest-ranking White House official to be summoned in the probe, although he is unlikely to comply given the White House's opposition to administration officials cooperating with investigators.

The chairs of the three House committees leading the investigation wrote Mulvaney requesting he appear before the panels on Friday at 9:00 am.

"The investigation has revealed that you may have been directly involved in an effort orchestrated by President Trump, his personal agent, Rudolph Giuliani and others to withhold a coveted White House meeting and nearly $400 million in security assistance in order to pressure (Ukraine) to pursue investigations that would benefit President Trump's personal political interests," they wrote.

"Your failure or refusal to appear at the deposition, including at the direction or behest of the president, shall constitute further evidence of obstruction of the House's impeachment inquiry and may be used as an adverse inference against you and the President."

Last month, Mulvaney publicly stated that the decision to freeze aid was tied to the demand for investigations. He later walked back those comments.

John Eisenberg, a White House lawyer suspected of involvement in the Ukraine scandal, and Robert Blair, assistant to the president and senior advisor to Mulvaney, were among four officials who ignored calls to testify Monday.

The no-shows continued Tuesday when Wells Griffith, a White House adviser on energy, failed to appear.