Protestors march in Buenos Aires in support of Bolivia's Morales 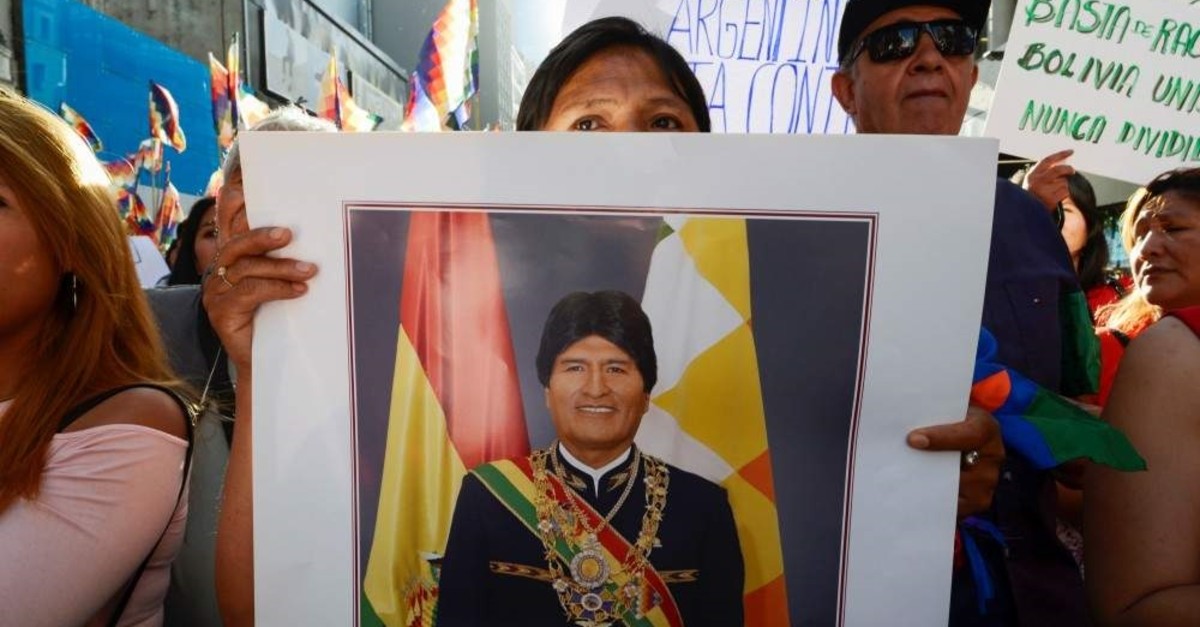 A supporter of Bolivia's President Evo Morales holds a portrait of Morales during a march, in Buenos Aires, Argentina Nov. 8, 2019. (REUTERS)
by Daily Sabah with Agencies Nov 12, 2019 12:43 am

Hundreds of protesters, including leftist social organizations and the Bolivian community living in Argentina marched to the Bolivian Consulate in Buenos Aires on Monday in support of Bolivian President Evo Morales.

The protestors who carried out Argentinian and Bolivian flags along with “wiphala,” a seven-colored flag that represents the indigenous communities in the Andean region organized the march amid growing tensions in Bolivia after Morales’ resignation on Sunday.

Supporters of the country’s first indigenous leader explained that they see the resignation of the president as a result of a coup d’etat, as Morales himself has also declared on his social media accounts.

Previously on early Monday, Juan Grabois, chairman of the Workers Confederation of the Popular Economy (CTEP) in Argentina, shared a statement on his Twitter account, calling for people to unite against this “new Condor Plan” toward Latin American countries, referring to Operation Candor that was launched by the right dictatorships in Latin America with the support of the CIA in the 1970s.

The tension in Bolivia has been growing since the resignation as both the supporters, some of whom were armed and opposition poured into streets.

Morales made the announcement on Sunday after weeks of protests and rioting against alleged fraud in the Nov. 20 elections, in which the leftist president took an outright victory against his center-right challenger, Carlos Mesa.

There had been calls from the police and military on Morales to step down. The protests have left three people dead and hundreds injured.