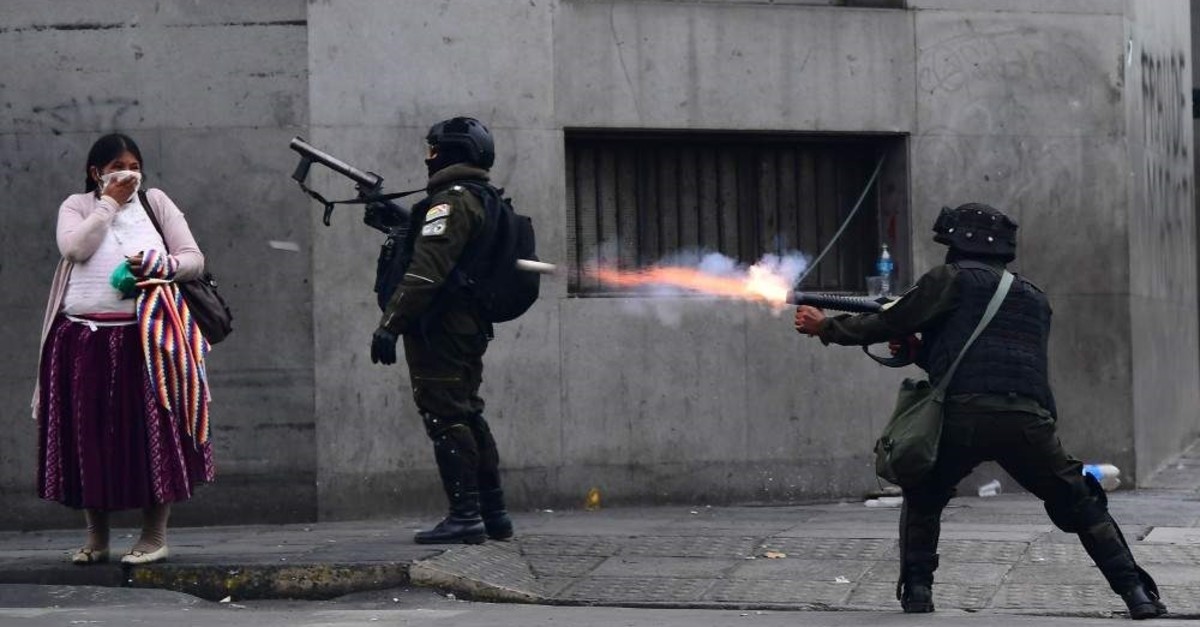 Two people died in clashes between Morales supporters and advocates of interim government, as well as during incidents with security forces. The two young men were shot in Santa Cruz in the country's east, according to a statement from the attorney general's Institute of Forensic Investigation (IDIF) in La Paz on Wednesday. This brings the total number of deaths to 10 during three weeks of protests.

Morales said Wednesday that he was willing to return to his country "as soon as possible." Speaking at a press conference in Mexico City, Morales called for a dialogue between all sectors and said he would return to "pacify" Bolivia "if my people ask for it."

He announced his resignation on Nov. 10; the decision was prompted by a coup, which he called in a tweet a "political and economic conspiracy" originating from the U.S. He condemned U.S. recognition of the South American country's new "de facto government" that has installed itself since his departure. Bolivian Senate Vice President Jeanine Añez declared herself interim president after Morales fled to Mexico for asylum on Tuesday. Morales claimed that the move was "unconstitutional" since the Bolivian parliament has not accepted his resignation. "Parliament needs to reject or approve my resignation," Morales said in an interview with El Pais in Mexico City. "As long as it doesn't, I am still president." "[ Añez's] so-called proclamation is unconstitutional. The appointment of this lady confirms the coup d'état," Morales said in the interview.

Añez swore in a new cabinet on Wednesday and named new commanders-in-chief for all branches of the military, including replacing Gen. Williams Kaliman, the armed forces commander. The move was seen as an effort to build an alliance with the military.

Añez faces a challenge in the Plurinational Legislative Assembly, where lawmakers loyal to Morales began mounting a challenge to her legitimacy by trying to hold new sessions that would undermine her claim to the presidency. The sessions, dismissed as invalid by Añez’s faction, added to the political uncertainty. Morales’ backers, who hold a two-thirds majority in the Congress, boycotted the session that she called Tuesday night to formalize her claim to the presidency, preventing a quorum. She claimed power anyway, saying the constitution did not specifically require congressional approval. Bolivia’s top constitutional court issued a statement laying out the legal justification for Añez taking the presidency, without mentioning her by name.