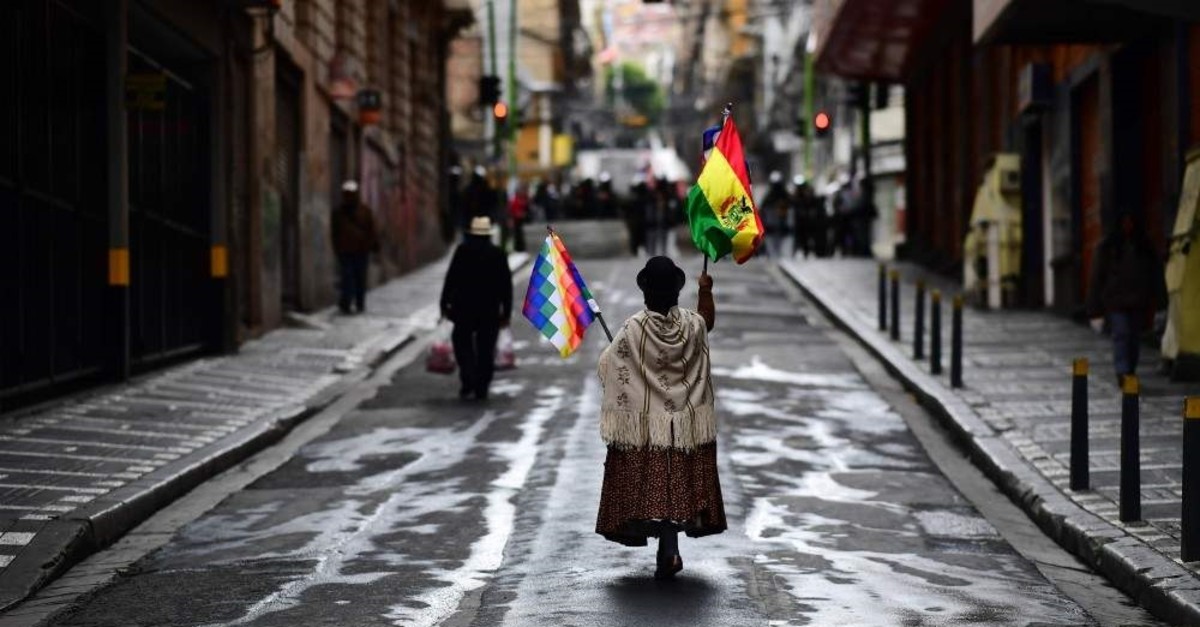 Bolivia's self-declared president, Jeanine Añez, proceeded to consolidate power in the deeply polarized country despite a move by supporters of her predecessor, President Evo Morales, to secure their hold on parliament.

Thursday's protests were attended by Morales supporters, such as the "red ponchos," members of Morales' Aymara indigenous people, as well as ordinary Bolivians fed up with political chaos in the country. "We are calling for the resignation of this racist president, this putschist," said an Ayrama.

Facing challenges to its legitimacy at home, Añez, late Wednesday presented 11 members of her cabinet after swearing in new army top brass. However, her transitional cabinet did not include a single indigenous person, in a country where at least 40% of the population belongs to one of 36 indigenous groups. Her government also said it recognized Venezuelan opposition leader Juan Guaido as that country's interim president, in a radical break with the policies of Morales, who had backed President Nicolas Maduro against Guaido's attempts to oust him.

Members of the Movement Toward Socialism (MAS) party, who dominate both houses of Congress, began holding legislative sessions Wednesday aimed at questioning the legitimacy of Añez, who had been no higher than fifth in the line of succession before Morales resigned. She won recognition because those above her, all Morales backers, also announced their resignations, though some later tried to recant their resignations. Morales' MAS party elected member Sergio Choque the new president of the Chamber of Deputies, in the absence of the opposition party that Añez belongs to.