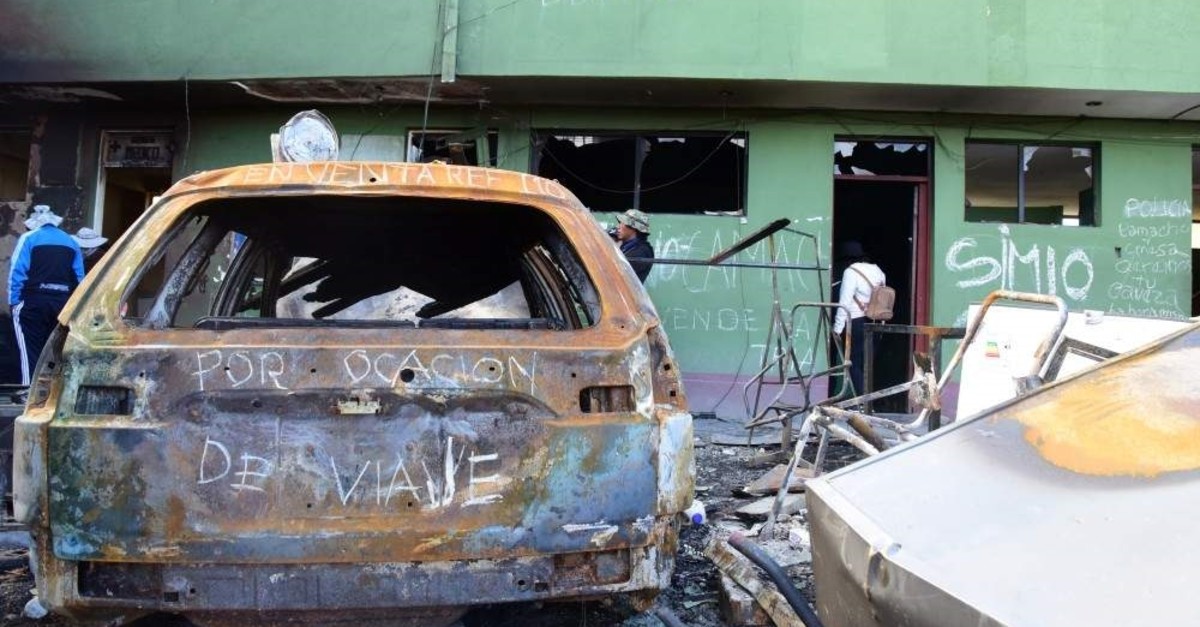 Four more people have died in protests in Bolivia, raising the total number killed in the political unrest to 23, the Inter-American Commission on Human Rights said on Saturday.

The new casualties were announced following the deaths of five protesters in clashes with security forces on Friday in central Bolivia, a political stronghold of exiled ex-President Evo Morales.

The Washington-based IACHR, a part of the Organization of American States (OAS), also recorded 122 wounded since Friday.

While the rights commission counts nine dead over the past two days, the official government tally remains at five.

Self-proclaimed leader Jeanine Anez's cabinet chief Jerjes Justiniano told reporters Saturday night that he would ask for "forensic doctors to speed up their work," but did not confirm a higher toll.

Under Anez’s rule and in Morales’ absence, police violence and political instability in Bolivia have been rampant.

Since Anez declared herself acting president last Tuesday, fierce clashes between Morales' supporters and police forces have been ongoing.

Anez issued a decree on Thursday that authorized the military to participate in maintaining order and exempted the armed forces from criminal responsibility.

Morales, 60, said on Twitter that the measure gave "carte blanche and impunity to massacre people."

Following the protests that had erupted in the wake of the Oct. 20 elections, Morales had eventually resigned and fled to Mexico after losing the support of Bolivia's security forces following weeks of protests.

The country has been in even deeper political turmoil ever since.