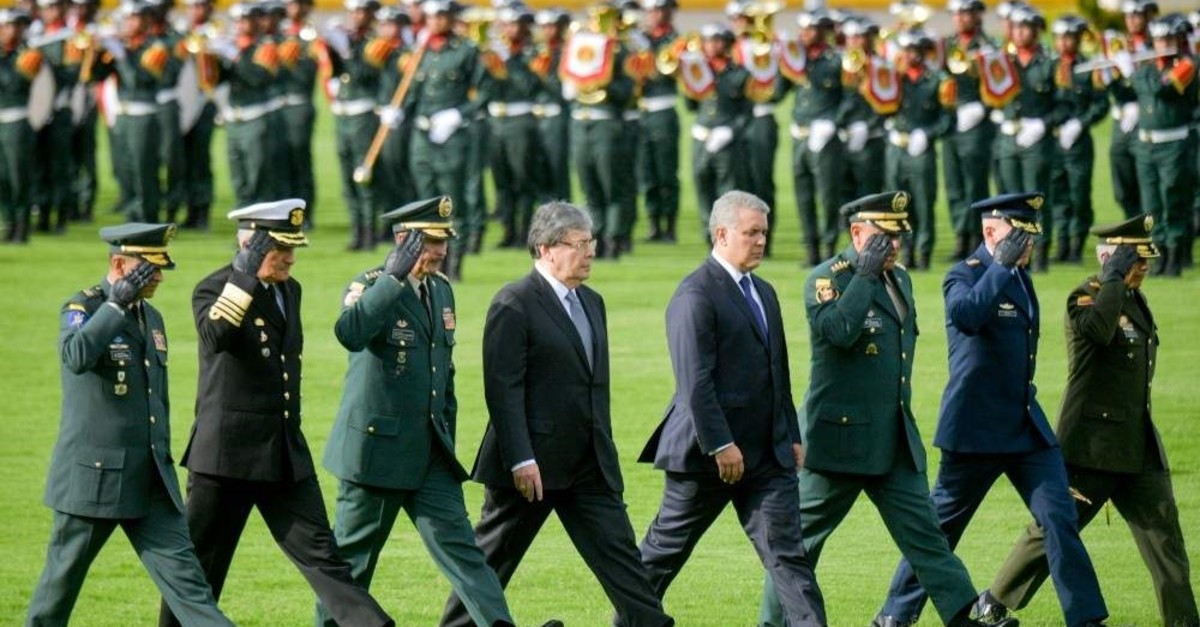 Colombia will close its borders before and during protest marches later this week to prevent foreigners from fomenting violence, the country's migration authority announced late Tuesday. The frontiers with Ecuador, Peru, Brazil and Venezuela will be closed until Friday morning. The government wants to "prevent foreigners from entering the national territory with the aim of disturbing the public order and security," said Christian Krueger Sarmiento, head of the migration authority.

President Ivan Duque's government is concerned that Colombia could see violence similar to that in Bolivia, Chile and Ecuador, where dozens of people have been killed in protests since last month. Duque has expressed concern that Venezuelan President Nicolas Maduro's government could send agitators to the rallies. Colombia has now refused entry to two Venezuelans and expelled nine, bringing to 24 the total number of Venezuelans who have been ordered to leave over the past weeks, the migration authority said.

Trade unions and other groups have called nationwide marches to protest against pension and labor reforms allegedly planned by the government, universities' funding shortages and the killings of community leaders by armed groups. People planning to attend the protests also accuse the government of not fully implementing the 2016 peace deal with the guerrilla movement FARC. The government on Monday announced security measures including permission to governors and mayors to declare curfews in their areas. Colombia is on icy terms with Maduro after having recognized opposition leader Juan Guaido as Venezuela's interim president. Bogota also accuses Caracas of hosting Colombian armed groups.