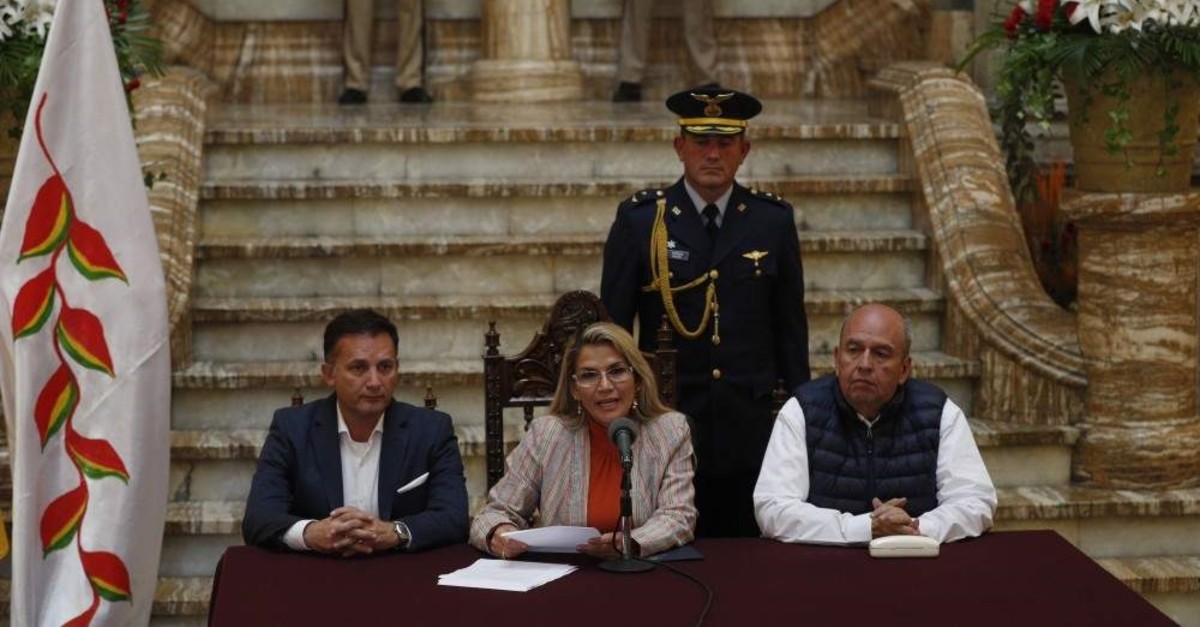 Bolivia’s interim government on Thursday announced that it would renew diplomatic relations with Israel after they were cut off around ten years ago, as the country’s foreign policy has shifted sharply in just two weeks under self-declared President Jeanine Añez, a senator who took over in a power vacuum left by the resignation long-term socialist leader Evo Morales.

Morales, Bolivia's first indigenous leader, who had been in power since 2006, stepped down on Nov. 10 amid widespread protests against him. His government collapsed after his ruling party allies quit and the army urged him to step down, a tactic that many countries denounced it as a "coup." The socialist leader fled to Mexico where he was granted political asylum.

He cut off relations with Israel in December 2008 after an Israeli offensive in Gaza in which hundreds of Palestinians were killed. He also classified Israel as a terrorist nation and cancelled an accord under which Israelis could visit Bolivia without a visa. The country has recognized Palestinian statehood since the 1980s. Israel's Foreign Minister Yisrael Katz welcomed the move, saying it would "contribute to Israel's foreign relations and its global standing."

The move came after the appointment the country's first ambassador to the U.S. in 11 years, under the rule of Añez, who has been recognized by the U.S. On Tuesday, her foreign minister nominated Walter Oscar Serrate Cuellar as ambassador of a temporary, special mission to the U.S., the first such envoy since 2008 when diplomatic relations with Washington soured under Morales. Foreign Minister Karen Longaric said the short-term appointment would help pave the way for better relations with the United States. "The next administration will surely name permanent ambassadors and those designations will need to be approved by the Senate," Longaric said.

Añez’s government has also broken off ties with the communist-ruled Cuba and Venezuela under socialist leader Nicolas Maduro. She has moved abruptly away from policies under Morales, expelling Venezuelan officials and edging closer to allies in Brazil and the U.S. The U.S. had attempted to remove Venezuelan President three times this year. Maduro thwarted the most recent coup attempt against his government as opposition leader Juan Guaidó's call on the military appeared not to have triggered a wider revolt.

Her administration has, however, been dogged by allegations that security forces have used excessive force against pro-Morales supporters, with human rights groups calling for an international investigation. Since the October election, 33 people have died in violent clashes, according to Bolivia's official human rights ombudsman, the vast majority since Morales resigned and subsequently sought asylum in Mexico.