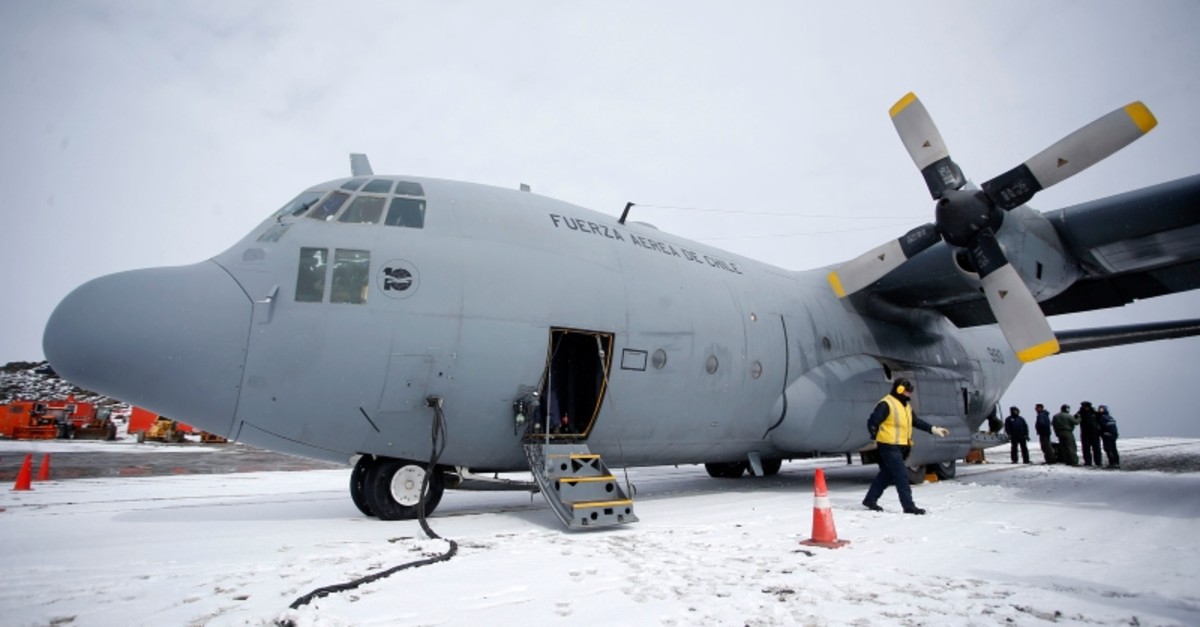 The Chilean Air Force lost radio contact with a transport plane carrying 38 people heading for the country's base in Antarctica Monday evening, and authorities indicated several hours later that they were not optimistic about the aircraft's fate.

The military said earlier that it had declared an alert and dispatched search and rescue teams.

The C-130 Hercules was carrying 17 crew members and 21 passengers, including three civilians. The personnel were to check on a floating fuel supply line and other equipment at the Chilean base.

President Sebastian Pinera said via Twitter that he was with his defense and interior ministers at air force headquarters monitoring developments.

In a statement early Tuesday, the air force said the plane had not been heard from in more than seven hours and likely would have run out of fuel at around 12:40 a.m.

The air force "continues the search in the sector where communication with the aircraft was lost in order to rescue potential survivors," the statement said.

The plane took off at 4:53 p.m. from the southern city of Punta Arenas, which is more than 3,000 kilometers from the capital of Santiago. Contact was lost at 6:13 p.m., the initial announcement said.

Drake's Passage, where the plane went missing, is infamous for severe weather conditions, including freezing temperatures and ferocious storms; however, the air force said late Monday that the weather was good when the plane began its flight, or the mission would not have been carried out.

Gen. Eduardo Mosqueira of the Fourth Air Brigade told local media that a search was underway, and a ship was in the general area where the plane should have been when contact was lost.

Mosqueira said the aircraft would have been about halfway to the Antarctic base when it lost contact. No emergency signals have been activated, he said.

He said the plane, whose pilot had extensive experience, had been scheduled to return Monday night.