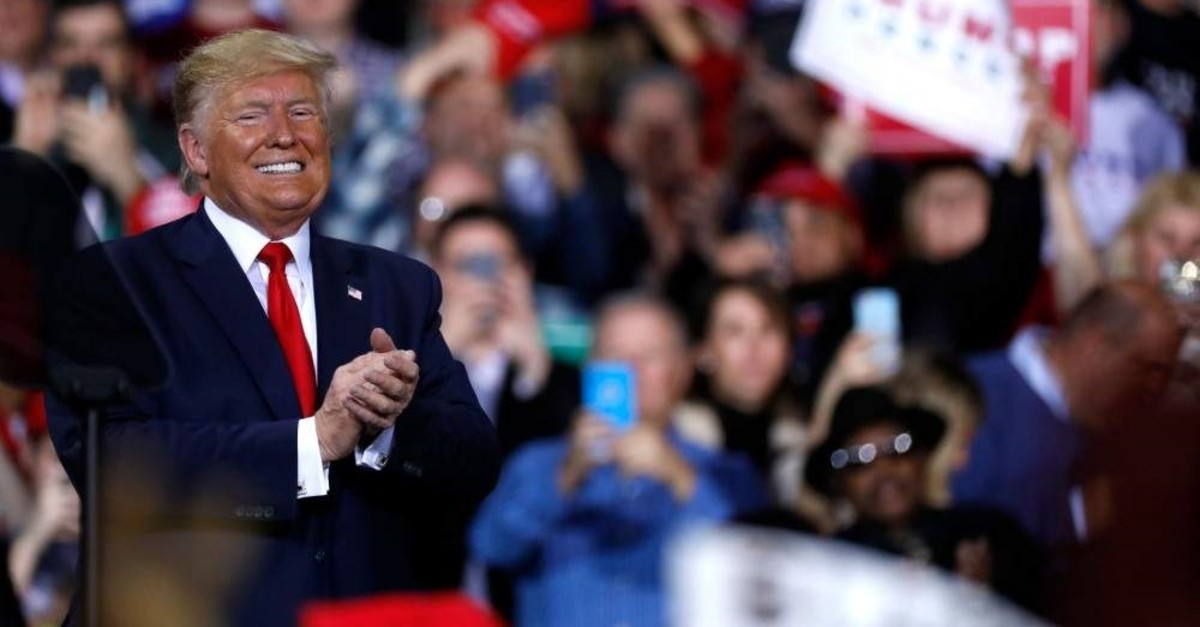 In a culmination of efforts by Democrats, the bitterly divided U.S. House of Representatives impeached President Donald Trump on Wednesday on charges of abuse of power and obstructing Congress. Inflaming ideological tensions in the country, the historic vote won the support of almost all Democrats in the House but not a single Republican, making Trump the third president in U.S. history to be impeached. The matter now heads to trial in the Senate, where Trump's Republicans hold a 53-47 seat edge. Yet, there is little chance Trump will be convicted by the Republican-controlled Senate and removed from office.

Since House Speaker Nancy Pelosi announced an impeachment investigation into Trump on Sept. 24, warring U.S. political factions have found little common ground on the president's actions regarding Ukraine. Democrats have nearly unanimously blasted what they call an illegal effort to induce foreign interference in the next election. Republicans have said that Trump's demand for investigations in Ukraine amounted to little more than an effort to target foreign corruption and that Democrats had not come up with evidence showing any wrongdoing.

Trump labeled his impeachment on Wednesday “a suicide march” for the Democratic Party as he delivered a rambling two-hour rally speech that overlapped the vote. It was Trump's longest rally ever, according to the tracking site Factbase, clocking in at two hours and one minute.

In an extraordinary split screen moment, as the House was casting votes to impeach him, thousands of Trump's most fervent supporters were cheering him at a rally in Michigan where he railed against a "radical left" he said was "consumed with hatred." "The Democrats are declaring their deep hatred and disdain for the American voter," Trump said to boos and cheers. "They've been trying to impeach me from day one. They've been trying to impeach me from before I ran," he said. "Four more years, four more years," the crowd chanted back.

Trump also worked to highlight the Republicans who have stood with him, telling the crowd that the Republican Party has “never been so united" and predicting victory in 2020.

Republicans argued that Democrats were impeaching Trump because they can’t beat him in 2020. Said Rep. Chris Stewart of Utah: "They want to take away my vote and throw it in the trash." A U.S. Republican lawmaker said Wednesday that Trump, undergoing impeachment proceedings led by Democrats, has been treated worse than Jesus before his crucifixion. "I want you to keep this in mind: When Jesus was falsely accused of treason, Pontius Pilate gave Jesus the opportunity to face his accusers," Congressman Barry Loudermilk, who hails from the deeply conservative Bible Belt state of Georgia, told fellow lawmakers.

The tumultuous journey to Trump’s impeachment has riven Americans for months. Slightly less than half of Americans supported impeaching Trump, the first step in removing him from office. A roughly equal number opposed it, according to polling by Reuters/Ipsos on Monday and Tuesday. Behind that split is a deeper political schism. More than eight in 10 Democratic voters said they thought Trump deserved to be impeached, and about the same number of Republicans said he should not be. Few Americans have yet to make up their minds. The depth of that disagreement was on display all day – first as lawmakers from both parties used the House floor to deliver alternating, and irreconcilable, views of the president and later as he delivered a defiant speech to his cheering supporters.