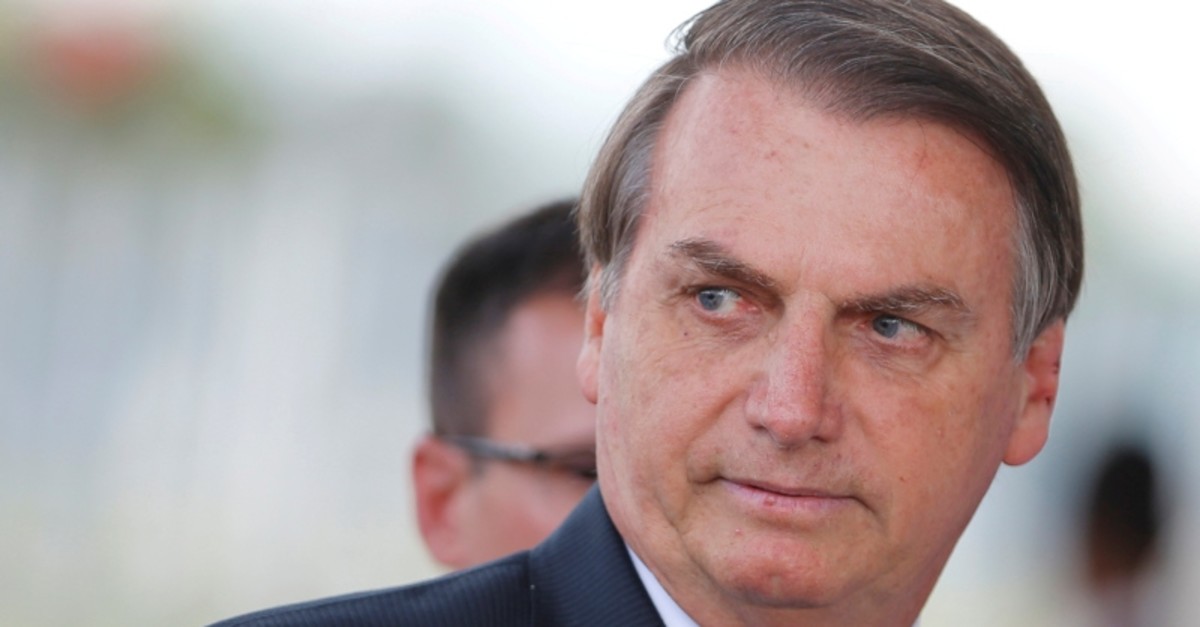 Brazil's President Jair Bolsonaro said he had briefly lost his memory after falling in the bathroom at his official residence Alvorada Palace.

"I slipped and fell on my back," Bolsonaro told the Brasil Urgente program on Tuesday. "It was a nasty enough blow but I'm going to take care of myself."

He noted that the accident occurred on Monday night.

"At that moment I lost memory. The following day, this morning, I managed to get back a lot of things and now I am fine. I didn't know, for example, what I did yesterday [Monday]," he said.

Asked about his health, the 64-year-old president said his health was fine and added, "The stab, the age, is a dangerous combination."

Assuming office on Jan. 1, Bolsonaro underwent four surgeries to treat a stab injury as a result of a knife attack during his presidential campaign in September 2018.

After Monday's fall, he was taken to the Armed Forces Hospital in Brasilia and was released from the hospital on Tuesday.